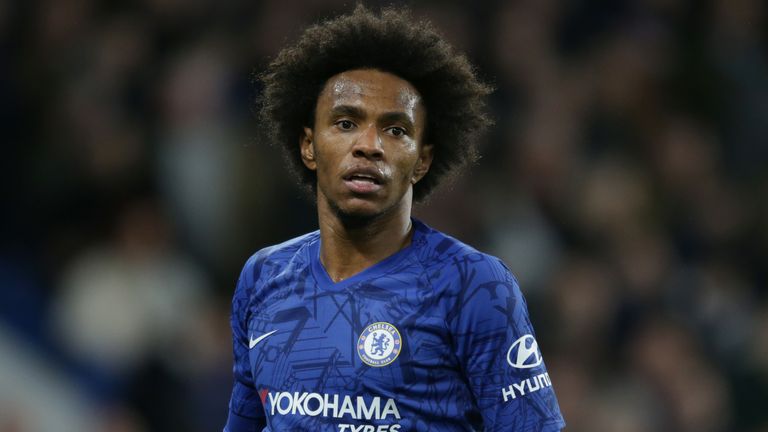 Willian says it is "unlikely" he will sign a new contract to remain at Chelsea beyond the summer.

The Brazil international, who previously revealed he was holding out for a three-year extension with Chelsea only offering two-year terms, is out of contract at the end of June.

"I'm especially fond of the fans and the people that work there, and I've felt very settled.

"Everyone knows my contract is up in a few months and it looks like it'll be difficult to secure an extension. I think it's unlikely that I'll renew because Chelsea offered me a two-year deal, I asked for three and it ended there.

"There were no more talks or negotiations. Chelsea said that three years would be impossible, so at the moment it seems unlikely that I'll extend, but nothing is impossible. 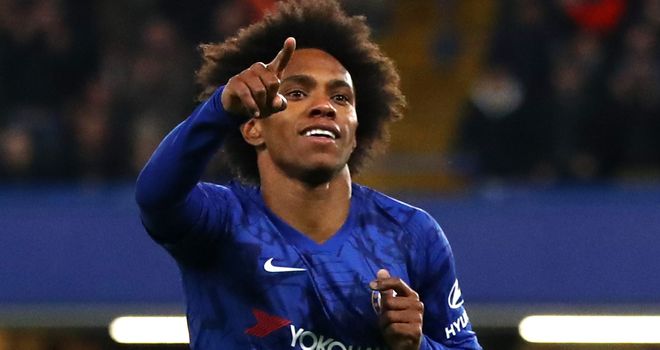 Willian has scored seven goals under Frank Lampard this season

"We don't know what might happen. We might suddenly reach an agreement, but what I can say today is that my contract is up and I'll be free to negotiate with any club."

The winger also reiterated his desire to remain in Europe, should his stay in London come to an end.

"At the moment I'm not thinking about going back to Brazil and my aim is to stay in Europe," Willian added.

"I think there's still scope for me to do that in the current market and continue playing at the top level for a few more years. My target is to remain in Europe."

Arsenal, Tottenham and Juventus have all monitored Willian's situation, while Barcelona also considered a move in January.

"There's been plenty of speculation in recent months, but there's not been anything concrete," Willian said.

"The last negotiations that I had were with Chelsea. The only offer for me from Barcelona was in 2018 after the World Cup. Chelsea didn't accept that year as they didn't want to sell me.

"It's just speculation [linking him with Barcelona and Juventus] and it's nothing concrete, as is often the case."

If a move to another European club doesn't arrive then Willian would relish the chance to return to Corinthians where he began his senior career in Brazil.

"To be honest, I can't say if I'll end up going back to Brazil to finish my career or if I'll do so in Europe or anywhere else," he said.

"If I do end up heading back to Brazil, Corinthians would be a great club for me to end my playing career at.

"It's where I broke through and I'm very fond of it. I'm a professional and wouldn't rule any other clubs out, but as I do have a special bond with Corinthians, that would be more likely."