Leicester boss Brendan Rodgers is not worried if his players become attracted to bigger clubs, but vowed to continue to "challenge that hierarchy".

Rodgers has spoken previously on feeling "pretty relaxed" about keeping Ben Chilwell, who has attracted interest from Manchester City and Chelsea.

Chilwell is Chelsea's No 1 target this summer, while Manchester City are also keen, but the Foxes have made clear they do not want to sell - even if they are offered £50m for the 23-year-old England international.

James Maddison is another member of the Leicester squad linked with a big-money move, with Manchester United understood to be among his admirers.

"The club have got good experience of situations where bigger the so-called bigger clubs come in," Rodgers said. "We're always aware that while there are good players, that will always be of interest to other teams that have more money than us.

"We don't lose sleep worrying about it. We're here to develop players and improve the standard of the team. Of course, if we're doing that then that will be taken note of by other clubs. 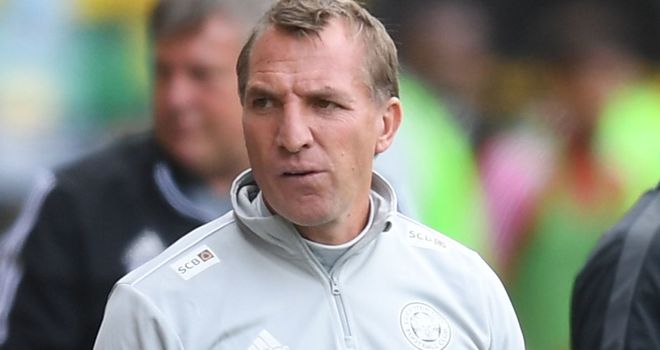 "We just have to continue with our work and always try to have a pipeline in place where if you lose one, you can have the next one in.

"We're certainly not actively looking to move anyone on that's for sure. We want to keep everyone together but we'll see what happens in the summer." James Maddison is understood to be of interest to Manchester United

Asked what Leicester need to do to break into the elite level, Rodgers said: "We're looking to get ourselves into that bracket on a consistent basis and the only way we can do that is by performing well and developing year on year.

"Leicester is a wonderful club in its own right and we are trying to challenge that hierarchy.

"Players may be attracted to that level of club, such as Liverpool, Manchester City, Manchester United or going abroad, but we can't worry ourselves about that.

"We'll keep fighting to keep players here and if they're not going to be here then the club will get the best price available."

Chilwell will have impressed his potential suitors again with his all-round display against Watford on Saturday.

The left-back scored with an exquisite strike into the top corner but also pleased his manager with his defensive efforts against Hornets winger Ismaila Sarr. Chilwell celebrates with his Leicester team-mates after scoring against Watford

"We want him to get forward because he has that talent to score more and we're encouraging him to do that," Rodgers said.

"I thought Ben over the course of the 90 minutes was very good. You can still play well even though someone else is a good player. Sarr is excellent and if he wasn't up against somebody with the quality of Ben, he might have had more joy.

"Ben showed his defensive qualities throughout and his ability to get forward. I've been delighted with him since he has come back. He looks rejuvenated and fresh and he took that into the game."