Jean-Philippe Mateta joins Crystal Palace from Bundesliga side Mainz on an initial 18-month loan for a £2.7m fee; south London club have the option to make the move permanent for £13.4m which becomes obligation when striker starts 15 Premier League games 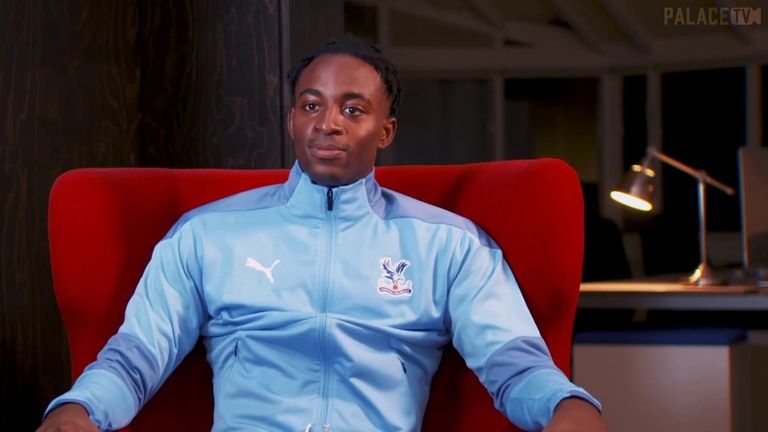 Crystal Palace have signed French striker Jean-Philippe Mateta from Bundesliga side Mainz on an 18-month loan with an option to buy.

The 23-year-old arrived in London for a medical on Wednesday ahead of a move worth up to £16m, with Palace paying an initial £2.7m loan fee.

Palace will have an option to make the move permanent for £13.4m, but that will become an obligation if and when Mateta has started 15 Premier League games.

Palace have held a long-standing interest in Mateta, and Max Meyer's departure from the club earlier in January made room for his arrival.

"I'm very happy to come to Crystal Palace and I look forward to training," Mateta told the club's website. "Playing in the Premier League was my dream when I was a child. Now I can play, I will show the fans of Crystal Palace what I can do."

The forward has impressed in the Bundesliga for Mainz, scoring 10 goals in 17 appearances this season including a hat-trick against Freiburg.

"We have followed Jean-Philippe's development with keen interest for some time, and I'm so pleased that we have been able to bring him to south London," said Palace chairman Steve Parish.

"He is a player that is full of potential with a proven goal-scoring record, and his signing reiterates our commitment to ensuring we have a well-balanced squad in terms of youth and experience for the seasons ahead." 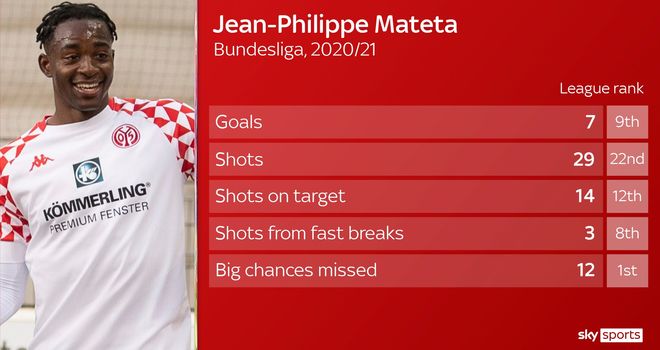 Palace have been struggling for goals from their strikers this season, with Benteke netting three league goals, Ayew only scoring one and Batshuayi yet to open his account.

Mateta began his professional career in the French third-tier and was snapped up by seven-times champions Lyon, before a successful loan stint with Le Havre earned him a move to Mainz.

In the Bundesliga he established himself as a regular, scoring 27 goals in 71 games in total.