Sam Cosgrove scored 47 times in 103 appearances for Aberdeen; striker signs three-and-a-half-year contract with Birmingham until June 2024 after completing a medical over the weekend; Cosgrove: "As soon as the interest was there from Birmingham, it was a no-brainer for me" 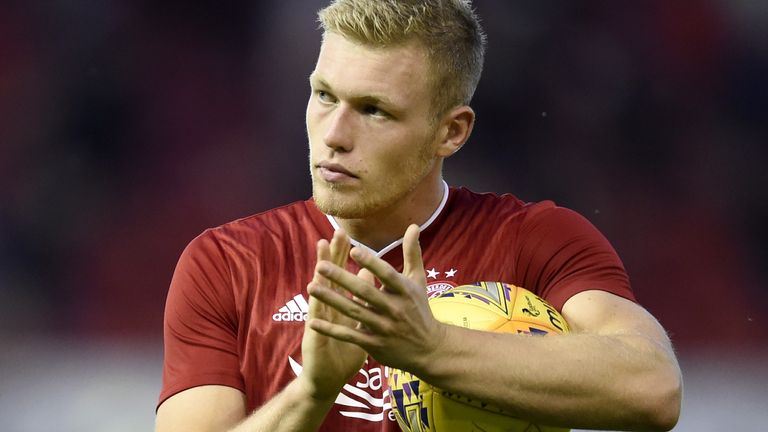 Birmingham have confirmed the signing of Sam Cosgrove from Aberdeen for an undisclosed fee on a three-and-a-half-year contract.

The striker, who scored 47 times in 103 appearances for Aberdeen, has signed for the Blues until June 2024 after completing a medical over the weekend.

"It feels really good to be here. As soon as the interest was there from Birmingham, it was a no-brainer for me and I'm really delighted to get it over the line," he told the club's official website.

"There's a big job for me to do here. I'm looking forward to playing in the Championship. I know how demanding it is but I wouldn't be here if I didn't think I was ready to take on the challenge. Short-term, it's helping the team. Long-term, it's echoing that - being as successful as I can and helping this fantastic club."

Cosgrove, 24, started his career at Wigan Athletic and experienced loan spells with Barrow AFC, Chorley and close to where he was born on Humberside with North Ferriby.

In August 2017, he signed for Carlisle United, before moving to Aberdeen on Deadline Day the following January.

Cosgrove was named Scottish Premiership Player of the Month in December 2018 and in the season that followed scored 23 goals, including six during Aberdeen's run to the Europa League third qualifying round.

Cosgrove, who has been handed the No 16 shirt, is Aitor Karanka's second signing of the January window after Rekeem Harper joined on loan until the end of the season from West Brom.