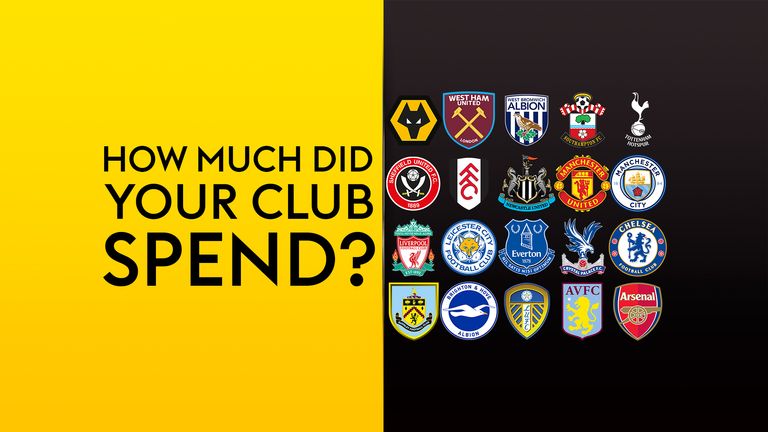 How much did Premier League clubs spend on transfers during the winter window? We crunch the numbers...

In total, Premier League clubs spent just £84.2m in January on deals with disclosed fees, with the biggest deal - Amad Diallo's £37m move from Atalanta to Manchester United - being agreed in the last window.

Only 12 permanent deals were completed in the month, with Aston Villa's signing of Morgan Sanson from Marseille for £15.5m representing the biggest new deal of this window.

Financially, Diallo's New Year's Day done deal was the most expensive of the window, however West Ham signed off a £26m outlay to turn their loan of Said Benrahma from Brentford into a permanent move.

Who spent the money?

There were only six signings made during the window for transfer fees, topped by Manchester United winger Diallo at £37.2m from Serie A club Atalanta.

As expected, West Ham converted Benrahma's temporary move into a permanent deal at a cost of £26m after a bit-part start to his career at the London Stadium.

Aston Villa snapped up 26-year-old Marseille midfielder Sanson for a fee that could rise to £15.5m, while Brighton made a £4.5m Deadline Day move for Moises Caicedo.

Many of the headline signings were drafted on temporary deals. West Ham snapped up Jesse Lingard, while Arsenal swooped for Martin Odegaard to compete with fellow youngster Emile Smith Rowe - while the Gunners also loaned Brighton stopper Mat Ryan as back-up for Bernd Leno. The subdued market also affected outgoing deals, with just 34 players leaving clubs on permanent deals, of which only 14 were for undisclosed fees.

West Ham sold Sebastien Haller to Ajax for a window-topping £22.2m - less than half the £45m they paid Eintracht Frankfurt for him only 18 months ago.

Gunner shake it up?

The Gunners were busiest in the market for ins and outs, shipping out four players on a permanent basis and another seven on short-term deals.

For outgoings, Arsenal were busiest with 11 shipped out on loan or permanent deals, followed by Tottenham (10 outgoings), Everton, Leicester, Manchester United and Wolves (nine each) - while eight left Manchester City and seven departed Aston Villa, Brighton, Fulham and West Ham during the window.

All the incoming deals

All the outgoing deals