Academy product Mengi is set to stay at the club until at least 2024, with an option for an additional 12 months in his contract; made his debut against LASK Linz in the Europa League last season Mengi spending this season on loan at Derby with United legend Wayne Rooney 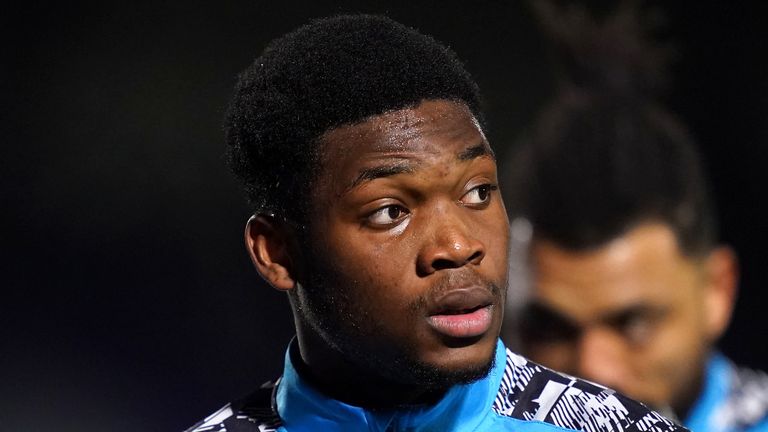 Manchester United have agreed a new three-and-a-half-year deal with defender Teden Mengi, who is currently on loan at Derby.

Academy product Mengi, who made his senior debut in last season's Europa League against LASK Linz, is set to stay at the club until at least 2024, with an option for an additional 12 months in his contract.

United legend Rooney, now Derby manager, used his connections at Old Trafford to bring Mengi to Pride Park on loan in January, giving the centre-back an opportunity to get first-team minutes in the Championship.

Mengi,18, has made six appearances since arriving at Derby and was awarded man of the match by fans on social media after a 0-0 draw at Barnsley this month.

His performance earned him high praise from Rooney, who told Rams TV: "I have tried a three at the back few times, but tonight was the best we performed it. 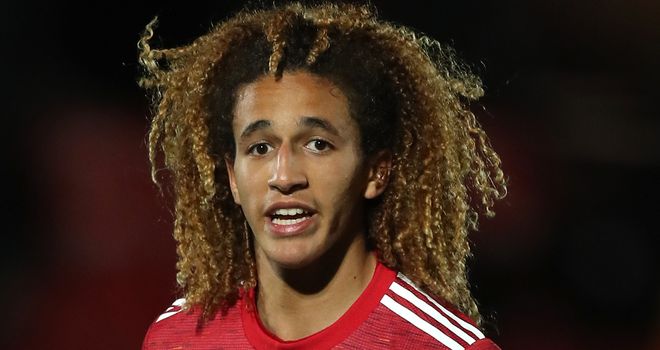 Hannibal Mejbri has also agreed a new deal at United

A statement from United read: "Manchester United is delighted to announce that Teden Mengi has signed a new contract which will keep him at the club until June 2024, with the option to extend for a further year.

"The England Under-19 international has captained United throughout the age groups and has been regularly praised for his mentality."

This announcement follows this week's news of long-term contracts for two of United's other brightest prospects from the academy, Hannibal Mejbri and Anthony Elanga.