Andros Townsend was available on a free transfer after his contract with Crystal Palace expired following five years at Selhurst Park; Townsend is reunited with Everton boss Rafael Benitez, who he played under at Newcastle 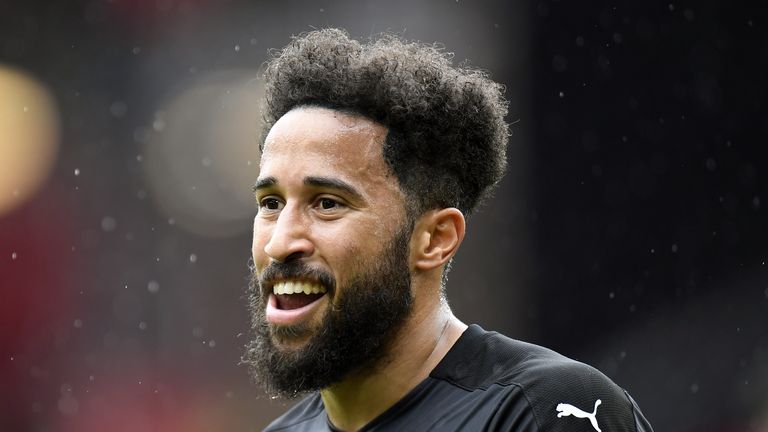 Everton have completed the signing of free agent Andros Townsend on a two-year deal.

The 30-year-old winger arrives on a free transfer having seen his five-year spell with Crystal Palace come to an end earlier this summer, as his contract at Selhurst Park expired.

Townsend becomes Everton's first signing since Rafael Benitez was appointed manager last month, with the winger having previously played under the Spaniard at Newcastle.

"I think everyone knows what Everton is. It's a massive football club, it's very ambitious, a club which has been trying to get back to where it belongs into Europe and beyond," Townsend told evertontv. "I'll be doing all I can to help the club do that.

"Rafa is very experienced. He does a lot of work on the tactical side on the training pitch, he leaves no stone unturned. But more importantly, he's a great man, a great man-manager, and he's always talking to you. I'm sure he will be very successful here."

Townsend spent the second half of the 2015/16 season on loan from Tottenham at St James' Park under Benitez and scored four goals in 13 appearances despite Newcastle being relegated from the Premier League.

His form saw Palace triggered his £13m release clause at the end of that season, with the midfielder going on to score 16 goals in 185 appearances. 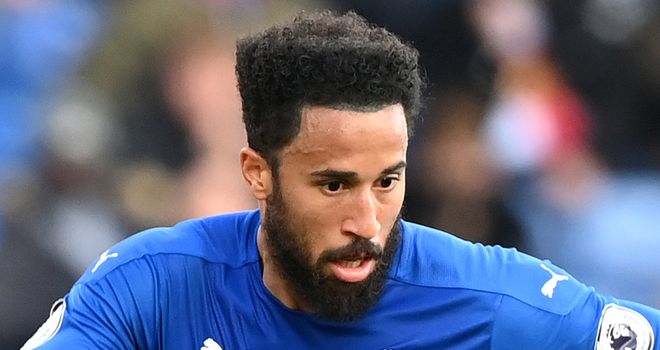 Prior to that, Townsend came through the youth ranks at Tottenham and went on various loans before joining the first team between 2013 and 2016.

Townsend took to social media himself to thank Crystal Palace staff and fans for their support during his time at the club.

"After five amazing years and countless memories, it's time to say my goodbyes to everyone at Crystal Palace," Townsend wrote.

"I'd like to say particular thank yous to the chairman for bringing me to Selhurst and giving me the opportunity to wear the red and blue, to Sam (Allardyce) and Roy (Hodgson) for their belief in me, and to my teammates for the special moments we enjoyed together on the pitch.

"To the Palace fans. The beating heart of the club. To each and every one of you... thank you. Thank you for all your supports, it's that support which makes the club and Selhurst Park so special.

"It's a shame we didn't get to say goodbye properly, but we'll be seeing each other soon enough and I'm already looking forward to returning to Selhurst when we meet again."

Everton begin their Premier League campaign at home to Southampton on the opening weekend of the season, with their first match with Palace coming at Selhurst Park in December.

Later on Tuesday Everton confirmed the signing of goalkeeper Asmir Begovic, who arrives at Goodison from Championship side Bournemouth.

The former Stoke and Chelsea stopper has signed a 12-month contract, with the club holding the option to extend it for an additional year.

"When I first heard of the possibility of joining Everton, I was really excited," Begovic told evertontv. Everton have signed Asmir Begovic on a one-year deal

"Opportunities like this don't come around every day so I'm honoured and pleased to be here.

Begovic will provide backup for England number one Jordan Pickford, who enters the Premier League season full of confidence following a fine performance at the European Championships.

"Jordan [Pickford] is a world-class goalkeeper," Begovic added. "I think the goalkeeping group here is fantastic.

"We're going to push each other every single day and set those standards in training.

"I'm definitely here to compete [for a place] and to try to help this team in any way I can."