Xherdan Shaqiri to leave Liverpool for French side Lyon

Swiss international has been the number one target for officials at Lyon; Fee will be £9.5m (€11m); Shaqiri has been keen to get more regular playing time; Harvey Elliott and Kaide Gordon now set for more playing time at Liverpool 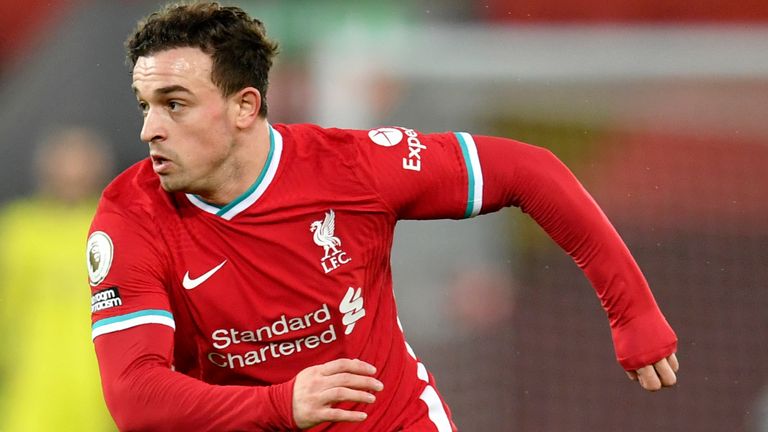 Liverpool have agreed a deal to sell playmaker Xherdan Shaqiri to French side Lyon.

Shaqiri has been the number one target for Lyon sporting director Juninho and head coach Peter Bosz, and they have landed the 29-year-old Swiss international for a fee of £9.5m (€11m).

Having joined Liverpool in the summer of 2018, Shaqiri has appeared 45 times for the Reds.

As he approaches his 30th birthday, and with one year left on his contract (plus a one-year club option), Shaqiri asked Liverpool boss Jurgen Klopp to let him leave so he could get more regular playing time.

Liverpool have been planning for his departure over the past 12 months, sanctioning Harvey Elliott's loan to Blackburn so he could get some valuable game time.

Now back at Anfield, the 18-year-old started against Burnley on Saturday and impressed in a 2-0 win.

Game time in the league and FA Cup is also likely to be filled by Kaide Gordon, who has emerged as a rising star over pre-season.