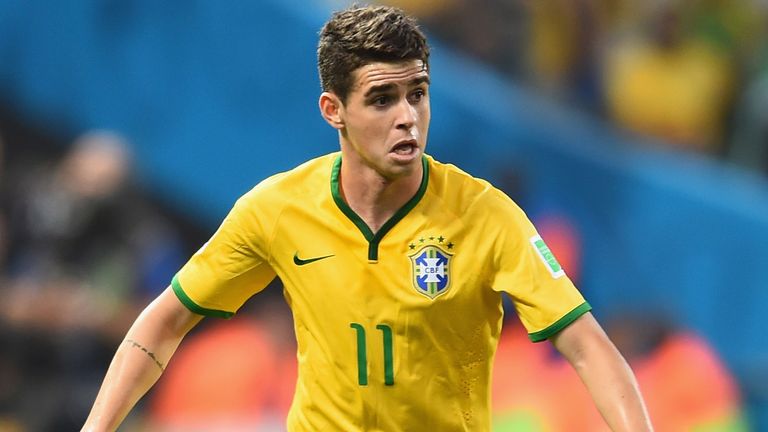 Chelsea star Oscar has told the French media that he has had contact with Paris Saint-Germain, but insists he will not be leaving Stamford Bridge this summer.

The 22-year-old playmaker has been one of a number of Chelsea players linked with summer moves, as Jose Mourinho looks to continue remodelling the squad following his return to the club last year.

Oscar, who is enjoying an  eye-catching World Cup campaign with Brazil, was a key figure under Mourinho last term - although he also drew criticism from the Portuguese tactician, who was less than impressed with his performances towards the end of the season.

Now, following Brazil's 4-1 win over Cameroon on Monday, Oscar was asked about PSG's interest, and he admitted there had been contact with the Parisian giants - who have already raided the Chelsea ranks this summer with the signing of David Luiz.

"I had contacts with PSG, that is true, but it did not go any further," he is quoted by L'Equipe.

"And next season, I will stay at Chelsea."