Alan Dunne is one of 18 players released by Millwall 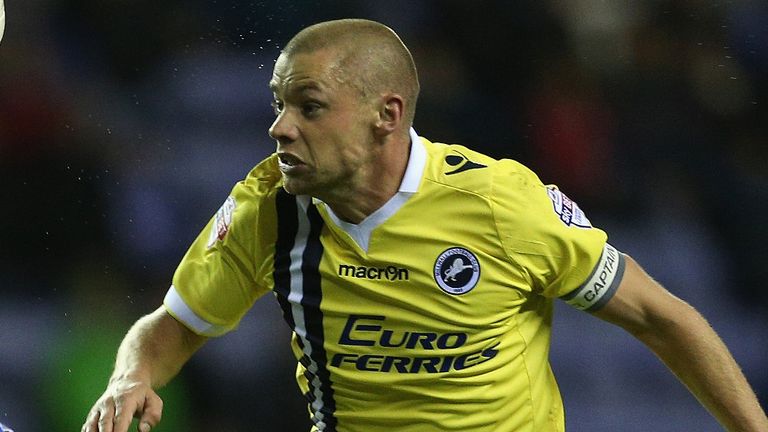 Alan Dunne: Long spell with Millwall is over

Skipper Alan Dunne will end his 22-year association with Millwall this summer as one of 18 players released by manager Neil Harris.

The 32-year-old defender made 388 appearances in total for the Lions and scored 17 goals.

Chairman John Berylson told the club's official website: "It is always sad when a member of your family who has lived with you for a long time leaves home.

"Like Neil Harris and Paul Robinson before him, Alan leaves us with our thanks and very best wishes for the future. He has written his own chapter in Millwall's history and he will always be very welcome whenever he returns to The Den.

"While Alan will continue his playing career elsewhere, it would not surprise me to see him back here in some capacity further down the line."

Harris has confirmed Jimmy Abdou and John Marquis will be discussing new contracts while Edwards has been invited to continue his rehabilitation from a long-term knee injury at the club.