Jose Mourinho has challenged Roberto Martinez to end speculation surrounding John Stones' future by saying the Everton defender is not available at any price.

Mourinho has confirmed that Chelsea have made a bid for Stones, and Sky sources understand the Premier League champions are likely to make an increased offer for the England international after having an initial bid of £20m rejected by Everton.

Speaking to Sky Sports News HQ on Chelsea's pre-season tour in Montreal, Mourinho said: "We made a bid, the bid is there and Everton have the power to accept it or refuse it."

Everton manager Roberto Martinez has criticised Chelsea for their public pursuit of Stones, insisting the Toffees are "not a selling club". 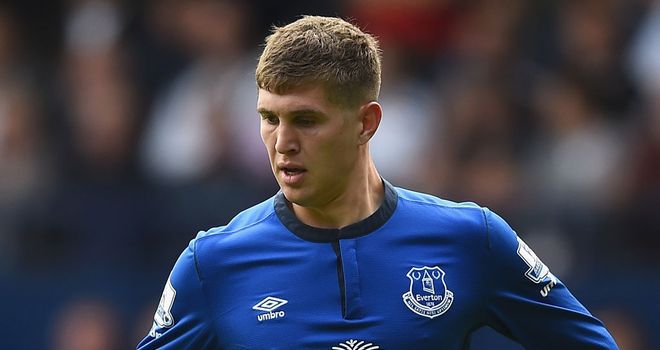 Stones has emerged as a Chelsea target in the last week

But Mourinho has defended his club's conduct, saying: "The transfer window is open, when it is open every club and every player is open to bids.

"Bids come for our players, we make bids for other players and the process can be so simple.

"I would advise Roberto to do the same thing as I do. If I get an offer for one of my players and I don’t want to accept any offer I say I don’t accept any offer, so he can make it very, very easy.

"If today I receive a bid for (Cesc) Fabregas in two minutes I will say I don't accept any bid, game over, that's it."

The Chelsea manager added: "If we made a bid it is because we like the player, we don't make bids for players we don't like, but we respect Everton and respect every club that has a player and it is up to them - everything is in their hands."

Speaking at a sponsor's event on Friday, Stones said: "I am very happy at Everton."