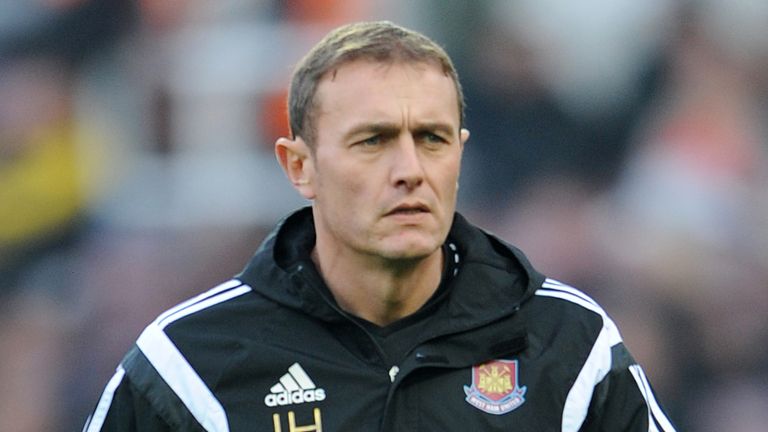 Shaw, a 20-year-old left-back, worked with O's boss Ian Hendon at Upton Park before his release in 2014, and has since been playing for non-league Dulwich Hamlet.

Hendon, who has given him a one-year deal, told the club website: "I am pleased to have Frazer on board. He's young, eager and very energetic.

"I feel he has benefited from his spell in non-league. I think he has grown up and I had him at Under-21 level at West Ham.

"He was very good at that level but for one reason or another he drifted away from the professional game for a year but he has come back, looks strong and he is going to be physically better off because he has been dealing with men every week rather than in Under-21 football.

"To me he looks like he has developed. Technically I know what he is about and he has got to get fitter, but to be fair to him he has worked hard over pre-season, but when you have been out of the full-time game for a year it takes a bit of time to get back to how you were."

Meanwhile, Essam has arrived from Dover Athletic for an undisclosed fee.

The 23-year-old former Gillingham and Crawley centre-half has agreed a two-year contract at Brisbane Road.

"We are delighted to bring Connor in and he is someone both I and (assistant) Andy Hessenthaler have worked with in the past," added Hendon.

"We gave him his debut at Gillingham back when me and Andy where there and he was literally a boy.

"He was a big lad but he was very skinny but now he has physically developed and he has already shown us what he is capable of, but he handled playing in the Conference last year for a season very well and we had no problems in taking Connor."

Former Millwall captain Dunne, 32, was released by the Lions at the end of last season after 15 years at The Den and has agreed a two-year contract.

"Alan has been a signing that has been ongoing and has had a lot of interest from other clubs, but he brings a wealth of experience," said Hendon.

"He can play pretty much anywhere across the back four and can also go into midfield if he is needed to. Having spoken to him he is here to play every week and is prepared to battle for his place.

"What has gone on previously with the team and stuff we have done the lads may feel a bit comfortable in how things have gone, but he is definitely here to give competition.

"He is not ready to sit on the sidelines, he wants to be involved and play every week and that's the type of player I want at this football club."

Burnley goalkeeper Cisak was the club's fourth signing on a busy day.

The 26-year-old, who spent three months of last season on loan at Brisbane Road, has signed a two-year deal with the League Two club after an undisclosed fee was agreed.

"He was a fans' favourite last season from this time at the club and let's hope it stays that way," said Hendon.

"He is very talented and I think Orient fans have seen that first hand. I have seen him play and know of him.