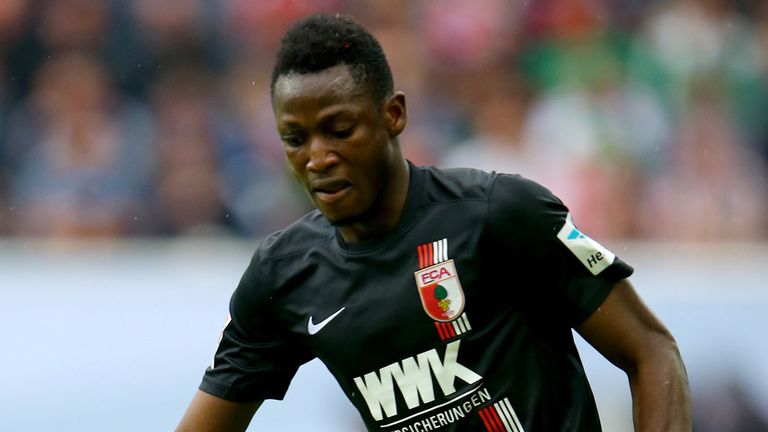 Augsburg left-back Baba Rahman has agreed to join Chelsea - all that is left is for the clubs to agree a fee, according to the player’s agent.

Rahman, 21, is understood to be have been of interest to Blues boss Jose Mourinho for some time after a standout season for a side who finished fifth in the Bundesliga last term.

He played 31 times for Augsburg and made more tackles than any other left-back in the German top division last season.

Sascha Empacher, who represents the Ghana international, confirmed to German newspaper Bild: "It is only the clubs that have to find an agreement. We on our side are agreed."

Augsburg have also signed 21-year-old left-back Philipp Max this week, suggesting they are now prepared to allow Rahman to leave.

Rahman began his career at Bundlesliga 2 side Greuther Furth, making his debut as a 16-year-old before a move to Augsburg in 2014.

He has made 31 top-flight appearances for the club and has 11 caps for Ghana, featuring in all their matches at this year's Africa Cup of Nations.