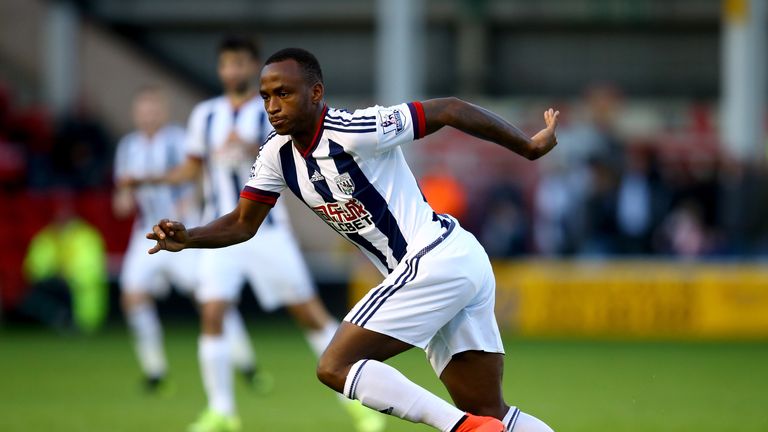 Saido Berahino remains a target for Tottenham, according to Sky sources

Pulis left the 21-year-old out of their clash with Chelsea at the Hawthorns on Sunday.

Sky sources understand Spurs are still keen to sign Berahino despite having a bid of £18m rejected earlier this week, and Redknapp told Super Sunday it shows the influence players themselves can have nowadays.

"It's just another example of player power," he said.

"That's how football's going now – there's not a lot you can do about, whether you like it or not.

Pulis has brought in strikers Rickie Lambert and Salomon Rondon during the transfer window, and Redknapp believes the Baggies boss won't be too disappointed to see Berahino leave.

"I think Tony is probably thinking he can do without Berahino," he added.

"He is not the sort of player Tony normally has in his teams, he doesn't like players who would lose the structure of the team, he likes his teams to be organised.

"Now they have Rondon, who I think is going to be a good signing – 6ft 2in, good in the air, scores goals.

"He is the sort of player Tony has had in the past like Crouch and Kenwyne Jones, someone who can hold the ball up."