Loris Karius: Can the goalkeeper revive his Liverpool career?

German is contracted to the European champions until 2022 Loris Karius' loan spell at Besiktas may have come to a premature end after a dispute with the Turkish Super Lig club, but has the goalkeeper done enough to persuade Liverpool manager Jurgen Klopp to keep him at Anfield next season?

Karius was nearing the conclusion of a two-year loan spell with Besiktas, who he joined in the aftermath of his calamitous display in Liverpool's 3-1 loss to Real Madrid in the 2018 Champions League final.

However, the 26-year-old filed a complaint with FIFA against Besiktas for alleged unpaid wages in March, the second time this has happened.

"We can confirm that we have received a claim from the player Loris Karius against the club Besiktas," a FIFA spokesperson said. 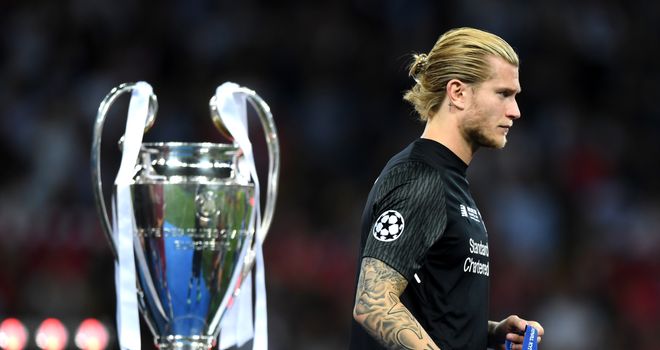 "The matter is currently being investigated and consequently we cannot provide any further comment."

Now, Karis has confirmed he has terminated his loan in Turkey and will return to Merseyside, but how has the German performed during his time at Vodafone Park? The German somehow managed to let a deflected cross creep under his own bar, despite his attempts to palm the ball behind for a corner, with his error immediately making unwanted headlines back in England.

After his blooper in Sweden, the shot-stopper posted a black and white photograph of himself with the message: "To succeed in life, you need two things: Ignorance and confidence." Karius was at fault for a goal against Malmo

However, former Hamburg, Frankfurt and West Germany No 1 Uli Stein - who has worked as a goalkeeping coach for Nigeria and Azerbaijan - responded by telling his compatriot to concentrate more on his keeping and less on his image.

"Karius seems to think that it is more important to take photos and share on social media accounts than on the field," he told the German press. "He needs two perfect seasons to prove himself again."

What's up with Karius? 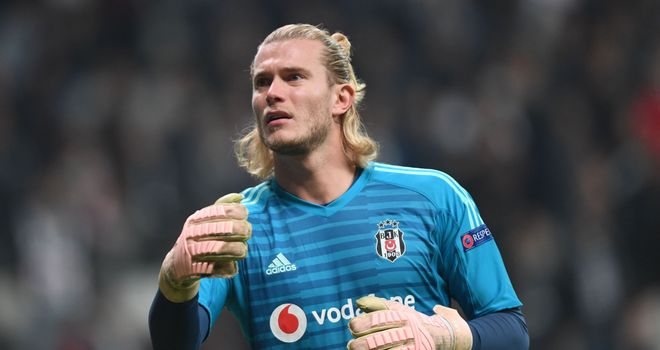 Karius' motivation was then questioned by Besiktas boss Senol Gunes after an unconvincing display in a 3-2 win over Konyaspor last March.

"He was at fault for the goals he conceded," said Gunes, who is now Turkey national team manager. "Karius has gone a bit stagnant, something is wrong with his electricity, motivation, enthusiasm for the game.

"It has been like that since the beginning. He does not really feel a part of the team, it's something we haven't been able to work out and, of course, I am partly to blame for this.

"Something is wrong, he has also been unlucky. [He] is talented, but it hasn't worked out and we have a problem. Let me put it this way, if I still had [reserve 'keeper] Tolga available I would play him."

'It's the worst ball I've ever played with'

This season, though, there have been more glaring mistakes and more bizarre excuses from the German.

Back in September, Karius was to blame for Slovan Bratislava's opener in a 4-2 defeat after racing off his line to clear a long ball, only to misjudge the bounce and leave the hosts with a gaping goal.

"The ball just feels like soap and moves around everywhere"

The reason for the error? The ball UEFA introduced for the group stage of this season's Europa League was too slippery, according to Karius.

"It's a shame the match ball is not fit for a competition like this," he said. "I think it is the worst I've ever played with. It just feels like soap and it moves around everywhere."

Ironically, had Karius remained at Anfield then he may have won his place back in the Liverpool starting XI following Alisson Becker's serious calf injury in the season-opener with Norwich last August.

As things turned out, though, it was Adrian - signed by Klopp on a free transfer last summer - who replaced Alisson for the next two months, something that was not lost on Karius back in Istanbul. 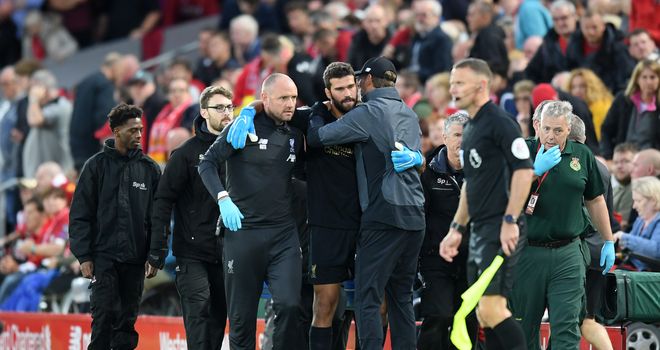 "The defence has improved brilliantly over the last season and a bit - they rarely concede goals anymore," he said.

"Every goalkeeper would feel comfortable behind that defence, but [Adrian] is doing a good job. [The defence] was solid even back when I was there but now it's on another level, the whole team has improved. The longer that people are together, the more it fits."

It's good to talk Karius actually agreed a new Liverpool deal until 2022 as part of his loan to Besiktas and the player clearly has eyes on a return to the first-team squad.

"The Premier League is the best league so it's interesting of course, but also I am still under contract at Liverpool, so maybe I'll play for Liverpool again, you never know," he said in October. "It's difficult to say now. If it's not Liverpool it will be another decent team I am sure, so I am not worried."

Earlier this month, Karius - whose last competitive appearance for the club was that fateful night in Kiev almost two years ago - revealed he was still in contact with Klopp.

"It's far too early to say anything about the summer, especially at the moment with no one knowing what exactly will happen because of coronavirus," he said. "But now and then I also message Jurgen Klopp, I'm in touch with everyone. I've never been out of it."

What chance a Liverpool return? 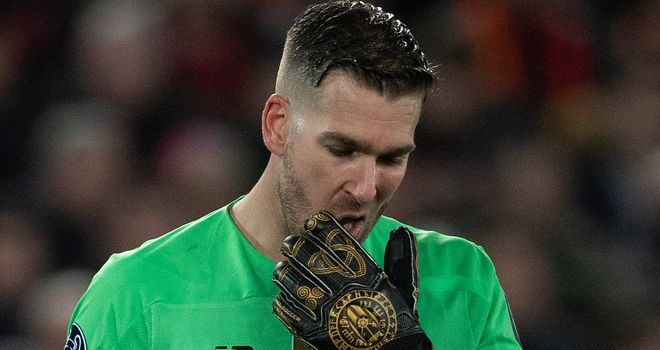 Klopp may actually be on the lookout for new No 2 after Adrian's costly mistake contributed to Liverpool's Champions League last-16 exit to Atletico Madrid in March.

"He [Adrian] did alright earlier in the season, he was a bit mixed even then and Klopp knows that is perhaps a weakness of Liverpool," Dave Maddock, the Mirror's northern football correspondent, told the Sunday Supplement after that clash at Anfield.

"Alisson getting injured twice in a season is not good and I think you will find that whenever Liverpool do go out and buy players, if it is this summer they will go out and buy a 'keeper."

However, with confusion surrounding this summer's transfer market in light of the coronavirus pandemic, Liverpool may actually opt to stick with their current squad.

That could offer Karius - who is also reportedly interesting Wolves - a way back in at Anfield as Alisson's back up next season. 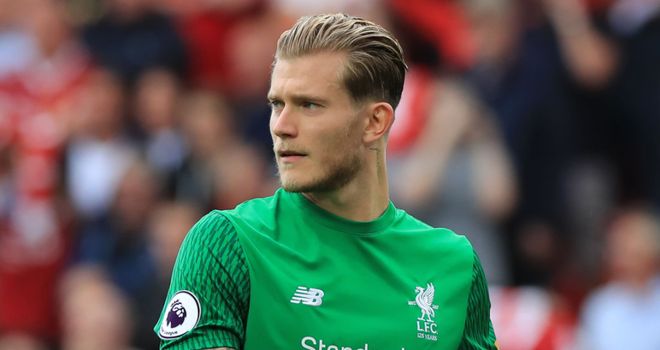 Karius will be a Liverpool player next season

"As it stands, Karius will be Liverpool's player next season, so there is the opportunity to challenge Adrian for that spot as Alisson's deputy.

"There's certainly been no decision taken to simply offload him and he will return to Liverpool and work with Alisson, Adrian and goalkeeper coach John Achterburg.

"Long term, clearly, what the player wants will be important.

"Given the high-profile mistakes made in the past and the attention that brings, will he feel comfortable playing for Liverpool again, or ultimately does he feel a new club is the best way to go?

"But from Liverpool's perspective, Karius is their player and they are ready to welcome him back."