Liverpool’s Tony Gallacher on Toronto, Barcelona and his debut at Aston Villa

In an exclusive interview with Sky Sports, Liverpool's Tony Gallacher discusses his loan move to Toronto, the shock of being linked with Barcelona as a teenager, and the thrill of making his debut for Liverpool in a quarter-final against Aston Villa... 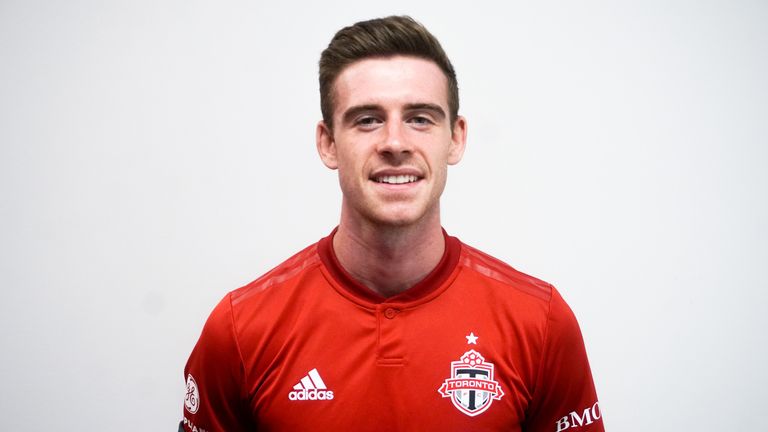 When Tony Gallacher was considering a loan move away from Liverpool, he had something else in mind. “I was looking at League One, just hoping to play some games,” he tells Sky Sports. Instead, he has embarked on a very different adventure in MLS with Toronto.

"When the opportunity came along, I was shocked, to be honest, but I was well up for it. The travelling did not bother me, I was just looking forward to it. It is a life experience."

The 21-year-old Scot has made nine appearances so far for a Toronto team that finished second in the table and are among the favourites for MLS Cup success in the coming weeks.

Gallacher has enjoyed the move, having been embraced by his team-mates and invigorated by the challenge of first-team football. But, in another sense, it is fair to say that it has not been the experience that he had hoped for. A 14-day quarantine was just the start.

"I keep getting messages from family and friends asking me what Toronto is like, how is this and how is that," he says, before breaking into a laugh. "I have literally seen none of it."

Travel restrictions related to the pandemic saw the Toronto operation relocated to Hartford, midway between Boston and New York. It has allowed the club to more easily fulfil their fixtures but has meant players spending much of the past two-and-a-half months in a hotel.

"The only things that I have seen were when we have been to New York. From the hotel we stay in, we have been able to see Manhattan. That was nice, being able to go out there and take walks along the Hudson River. That was really good to be able to see that.

"But in terms of Toronto, I have seen none of it. I have not even been able to see the home stadium, which is ridiculous when you have been here for months, but it is what it is." 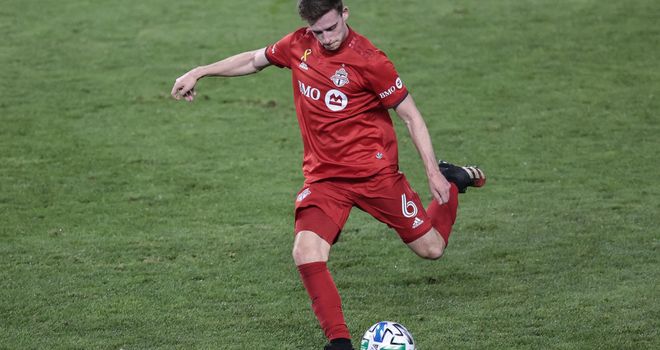 Gallacher in action for Toronto during his loan spell (Pic: USA Today/MLS)

The main reason to move was to play football and that has been more straightforward. Indeed, Toronto have conceded only one goal in the 464 minutes that the young left-back has spent on the pitch since making his MLS debut against Columbus Crew in September.

"They have got some big names over here and I am playing against some quality players," he says. "I am at an age now where it is about playing games and this is a great experience."

Not that Gallacher is a complete novice. It is five years since he made his professional debut for Falkirk at the age of 16. He was even linked with a move to Barcelona as a teenager.

"I did not believe it at first," he recalls.

"I thought someone had made it up."

As did some of his more experienced team-mates, who soon took to singing 'Barcelona' when he walked into the dressing room, as well as the pals who would revel in dubbing his name into the commentary when watching Lionel Messi and the rest in action on television.

"It was all from a phone call and it got blown up to be more than it was," adds Gallacher, "but just to have my name linked with a club like that was difficult to get my head around."

While the big move to Barcelona did not materialise, Gallacher did not have to wait too long before Liverpool came calling in 2018. He had to prove himself over the course of a one-week trial but was so desperate to impress that he shrugged off a hamstring problem.

"I was only able to get three or four sessions in with Falkirk before I left, but I wanted to go for it," he explains. "It was a one-time chance. I knew my hamstring was not fully recovered but I was not going to pass up the chance and play safe at the trial so I just went for it."

Liverpool were sufficiently impressed and he adapted quickly to life on Merseyside. The next breakthrough came in unusual circumstances when he was drafted in for his senior debut in last year's League Cup quarter-final tie against Aston Villa while the first-team squad players were in Qatar contesting the Club World Cup. The game was lost 5-0 but the youngsters still felt like winners. 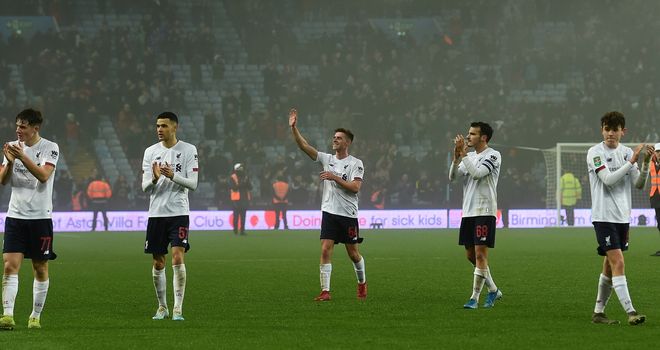 "It was unbelievable," says Gallacher.

"Even the lead up to it, everything was different. It was a first-team game. For the young ones, knowing there was going to be thousands of Liverpool fans coming to watch, it was surreal.

"Lots of people ask me if I was nervous and stuff but I think I was just taking it all in. I felt more excited than anything else. Even when they scored, the Liverpool fans were chanting and trying to lift us. It felt more than just stepping in. Everyone was helping us.

"It was a night that I will never forget."

If that was a mere glimpse of first-team action, Gallacher has been exposed to much more of it with Toronto. It was what he needed. Academy football at Liverpool is of a high standard but the demands at a team expected to deliver trophies is a new experience.

"Leading up to the games, the match preparation is very different because you do not get so much of that in the academy games. It is about development there. Here, you are going into much more detail about the opposition and the tactics needed to win the game.

"It is a competitive league. The games are high intensity, Toronto like to play football out from the back, switch the play to get two-against-one situations, play with the ball. So the standard is better than I expected because I did not know much about it at all." Gallacher has enjoyed the challenge at Toronto (Pic: USA Today/MLS)

He has been asking questions of the more experienced members of the squad - Michael Bradley and Jozy Altidore have more than 250 international caps between them. "It is all a bit of a learning curve for me and I am being a sponge, trying to take in as much as I can."

But there have been plenty of questions for Gallacher too. Everyone wants to know about Liverpool. "They mostly ask about the first team but we trained at different grounds," he says. "When I did train with them it was a different level, the standard was unbelievable."

Liverpool continue to keep a close eye on his progress. They request match clips and there are regular conversations with the medical department and loans manager Julian Ward.

Such are Liverpool's injury problems right now, Gallacher might be needed back at Anfield sooner rather than later, but not before Toronto's tilt at a trophy. The final of MLS Cup is on December 12.

"It is difficult to see what the future holds," he says.

"If I go back to Liverpool then I could get out somewhere else in January. There are a lot of unanswered questions at the moment but we could have another four games here if we go all the way so my mind is fully focused on that. That is what is in my head, right now.

"Four more games and I could be lifting the trophy."