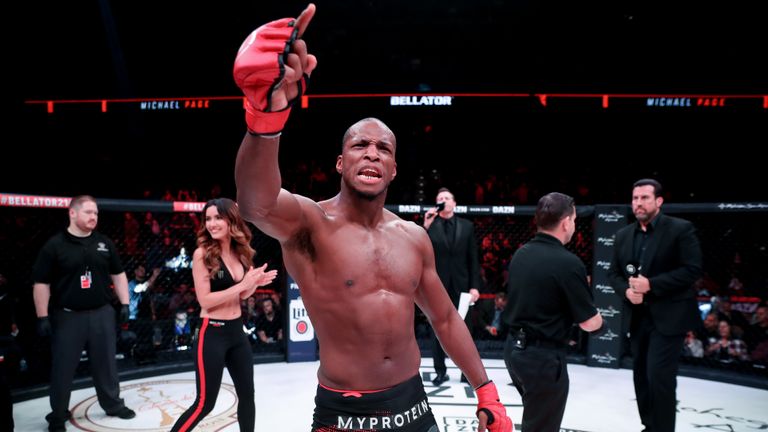 As he prepares to head a history-making night in MMA, Michael 'Venom' Page is ready to use his platform to continue the fight against social injustice.

But he told Sky Sports that his mind has drifted lately from a fighting landmark to fears that the promise of historic social change offered by the Black Lives Matter movement has been forgotten.

For him, the global anger towards racial injustice that followed George Floyd's death in police custody has dissipated.

"At the time there were conversations happening, which was great to see," he says.

For Page, awkward conversations that took place between white and black people in the summer should be viewed as a starting point to true understanding and open communication must continue to achieve an egalitarian society.

"There are certain things that I don't even like to have a conversation about because I find a lot of people are just ignorant. If you do just a little bit of research, just the smallest amount of research, you would understand more, you would take a step back and let us breathe in this area and push for actual equality."

And what of sport's role in promoting equality? Teams across the world from the NFL and NBA to the Premier League have symbolically demonstrated opposition to injustice by 'taking a knee'.

"I guess it just keeps it alive. When I say people are fed up of it, even the news are not showing it as much as they used to," he said.

"There are still a lot of protests going on. I've been involved in a few protests, you're not seeing it on the news. It's almost encouraging people to say, 'ok, let's get over this now. Let's move on. We're done with that phase now. That's old news'.

"But people are excited that sport's coming back, excited to be watching the Premier League and boxing. So to show that something's still going on [by taking a knee] is definitely still important." 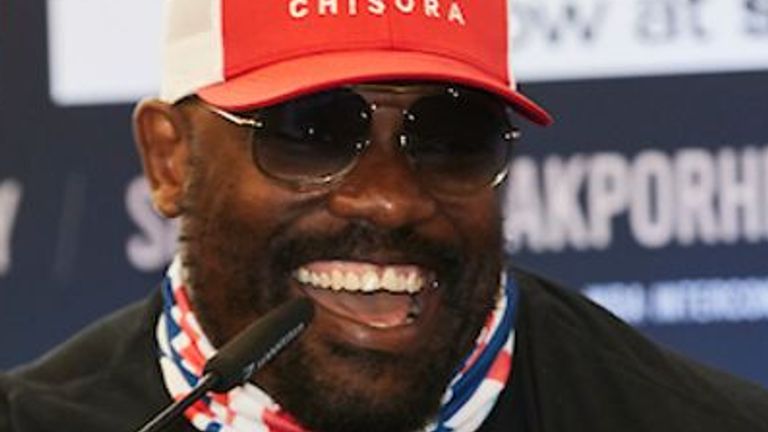 Page's passion for helping social change has not distracted him from the job at hand though. His opponent Houston is a former Cage Warrior champion who is undefeated in MMA and is making his Bellator debut. 'MVP' feels well prepared, but the Londoner told Sky Sports on Wednesday that he had not spent time studying his opponent in action.

"I actually haven't watched him yet, which is what my coaches keep screaming at me about! But I will do it in the next few days. But I always like to leave it to them [the coaches], they like to paint the picture and are very detailed about combat in general. It never feels like I need to do my research, but my coach hates that!"

Page's reluctance to watch video of opponents is not born from a lack of work ethic, more a desire to keep a clear mind before going into battle. 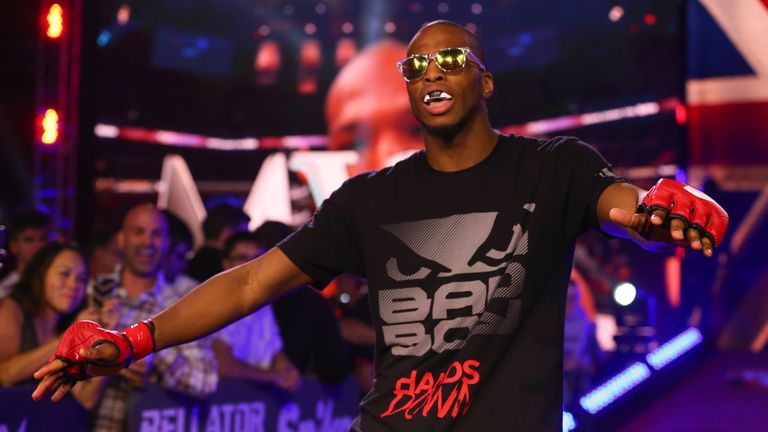 "I don't like to over-think it, full stop. Those things can create barriers. You can look into somebody, especially somebody that's undefeated, and they're going to have a lot of great highlights. But I will watch it just to put a face to the picture my coaches have created."

While Page concedes the pandemic has created a surreal feel to the build-up, he is well aware of the cultural significance of leading his sport's big bow in France.

"It's definitely a massive moment for MMA. And it's great to be the one opening the door for that. I look forward for putting on a show. They needed me in this historical moment to make a statement.

"They [Bellator] were the first organisation to get into France and you want to make it something big so they had to call me. They needed me to push that through. People are definitely going to remember this first night in France of MMA," Page said with a tongue-in-cheek smile.

Once the match is over, Page will re-channel his energy into the long-term fight for equality.

"It's a difficult conversation. I'm still doing a lot of work in the background, hoping for change and we'll see what happens."