Vitesse left-back Max Clark discusses leaving hometown Hull for a new life in the Eredivisie, why it has seen him develop as a player and a person, and that surprise appearance in an England XI... Who is Max Clark? That is the question some were asking last month.

The Sky Sports Power Rankings saw him named in a statistically-calculated prospective England line-up for the European Qualifiers against Montenegro and Kosovo last month. He knew he had been improving. Now others are finding about this talented but little known left-back playing for Vitesse in the Eredivisie too. 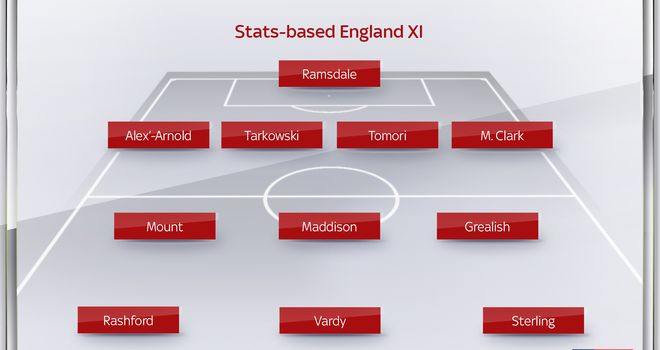 "Just seeing that recognition was unbelievable," the 23-year-old Clark tells Sky Sports. "My family were ringing me up they were so proud.

"At the end of the day, I believe in myself and I want to play in the Premier League. I am doing my best out here and grafting away. I have been getting my head down, thinking about what I am doing and analysing myself. I just have to keep working hard and being me." Clark celebrates scoring in Vitesse's win over Utrecht in October

Clark's inclusion in that line-up reflects the strong start that he has made to his second season in the Eredivisie. He began the campaign with an assist in a draw against champions Ajax and also scored in a win over Utrecht. The statistics show that no defender in the country has created more chances.

It is vindication for his bold decision to swap hometown club Hull City for a new life in a new country with all the challenges that this brings. Clark had been offered a deal to stay with Hull in the summer of 2018 but opted for another route, inspired by the success of other young Englishmen prepared to do things differently to achieve their dreams.

"I had seen others go abroad and do well, kicking their career on, so I thought I would take myself out of my comfort zone and give it a go," he explains.

"A lot of people were surprised because I was leaving my hometown club, a club I had grown up supporting. All I had ever known was life in England so it was a big step and I was a bit nervous at first wondering how it would be. But I challenged myself to do it." It is the sort of steely focus that now drives him.

"I don't have the distractions that I had at home," he adds. "Coming here on my own away from family and friends has changed my routines. I am just focused on the task ahead. Everything about it. The nutrition side of it. Getting the best from my body. I am constantly thinking about the game and about my preparation."

Even a fractured cheekbone suffered against Heracles in August did not stop him.

"They told me it would be six weeks until it was fully healed but I told them I needed to get back playing," he says. "I missed one game and then I was back with a protective mask."

Clark talks of "developing as a player by learning different styles of play" but what is most striking is just how much the experience of moving abroad has seen him develop as a person. 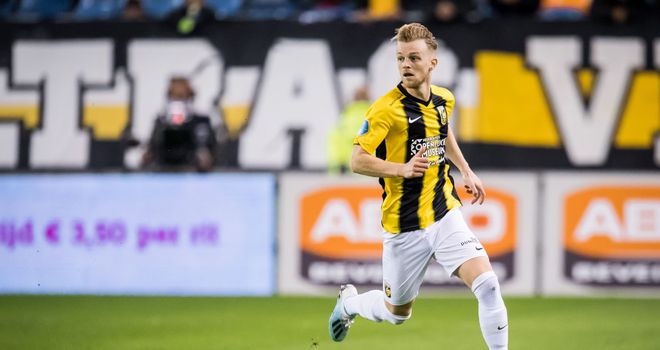 It has changed his perspective.

"I have found myself with a lot of spare time and it has helped me grow up," he says.

Reading is a new hobby.

"I have started Michael Carrick's book and I finished Bounce recently, which is a lot about confidence and the psychological side of sport." He also has a newfound interest in military history given that Vitesse are based in Arnhem, scene of one of the major battles of the Second World War.

"I didn't know anything about the Battle of Arnhem," admits Clark. "With me being English and there having been so many English fighting over here, I learned more about it and it became an interest for me.

"They gave us a tour to learn what happened. My grandad got the tour with me. It was special for him. They took us to the museum and the graveyards.

"It is something I would never have done back home but I am learning different sides to me."

Clark is speaking having had a couple of unexpected days back home following the shock resignation of Leonid Slutsky after a run of five consecutive defeats.

Vitesse had been up in third as recently as late October and would still be fourth in the table had they held onto a two-goal lead at Heerenveen last weekend.

It is a strange situation for Clark because Slutsky, his former coach at Hull, was the catalyst for him making the move in the first place.

"As soon as he got the job he called me and wanted me here. When the manager rings you and wants you it makes you want to be here more. He really looked after me.

"It has just been the past month that we went on a bad spell. If we had won two of the last five games we would have been sitting comfortably in third. One bad spell and that's it."

It is a reminder that things can change quickly in football and with 18 months left on his deal, clubs are likely to be alert to his own future too. Clark certainly feels a much better player than the one who left Hull and that's to be expected given the experiences he has had.

"There are good teams here and when you are playing against quality you are going to develop. That was another part of wanting to come here. It's good to test yourself. 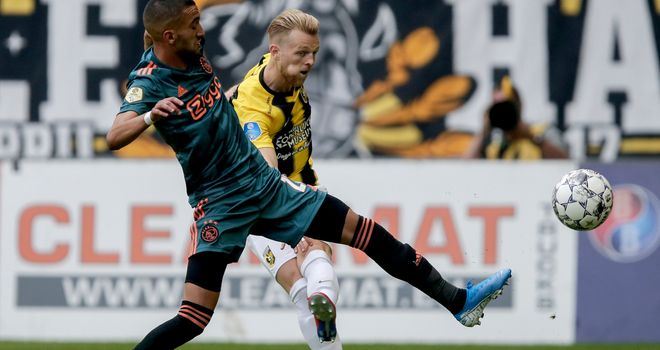 "Ajax are a top team, for example, and I had to mark Hakim Ziyech. To be fair, I had probably my best game this season against him. Defensively, he didn't get much past me. I was solid and I really feel like I am getting better all the time.

"Because every team is so attacking there is a lot to do defensively but when we get the ball I feel more like a wing-back then a full-back like I was in England. I like that a lot.

"I feel more confident in my ability. At Hull, it was hard because I was a young player coming through and playing my first season in the Championship. I feel more comfortable now dealing with different situations."

Chelsea midfielder Mason Mount made similar progress of his own at Vitesse before returning home and continuing to make strides in England.

Now Clark is hoping that he can be next.

"I always thought the pathways were in England but the recognition that Mason got here makes you believe that you can do great things and makes you want to go that extra mile. In your head, you know that there could be something special down the line.

"I just want to keep improving now because my dream is to play in the Premier League at the end of the day. I need to keep working to find a way to make that dream happen for me."

Perhaps the next time that Clark's name appears in a prospective England line-up, nobody will be quite so surprised.