Gedson Fernandes: What will midfielder bring to Tottenham? 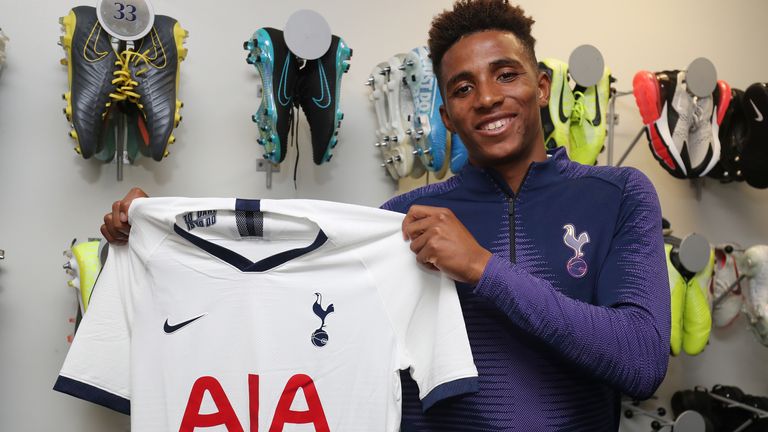 Tottenham have sealed an 18-month loan deal for Gedson Fernandes with an option to buy - but what will the midfielder bring to Jose Mourinho's team?

Chelsea and West Ham were also linked with the Benfica youngster but Spurs have won the race for the 21-year-old's signature and Tottenham fans can now look forward to what he could add to their team.

Here's the lowdown on Fernandes... 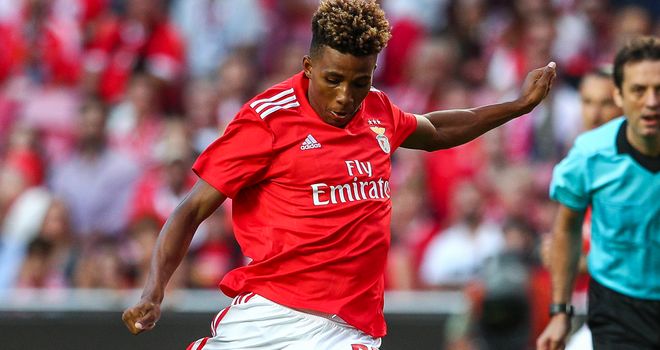 Where does he play?

He joined Benfica's youth system in 2009 and was promoted to the first-team squad for the start of 2018/19, promptly earning his senior international debut - having represented his country at youth levels.

In that breakout league campaign, Fernandes played either side of central midfield and clocked 1,044 minutes. This term, he has racked up just 215 minutes so far, primarily deployed as an attacking right midfielder. 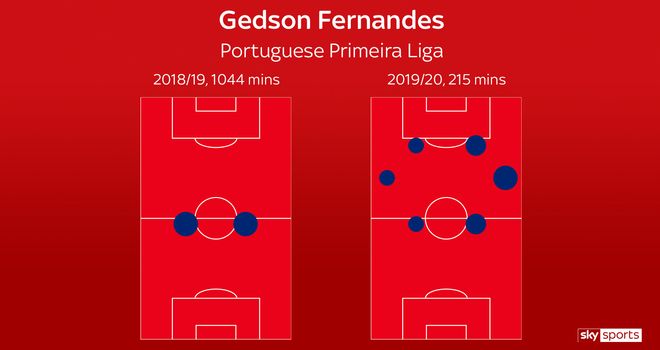 The graphic below shows his heatmap and key stats from last season, revealing how he typically prefers to work just inside the opposition half but also drops deeper.

His key attribute is running with the ball, frequently being fouled and winning free-kicks - but he also provides midfield mettle with an above-average number of duels won and forward-thinking distribution. 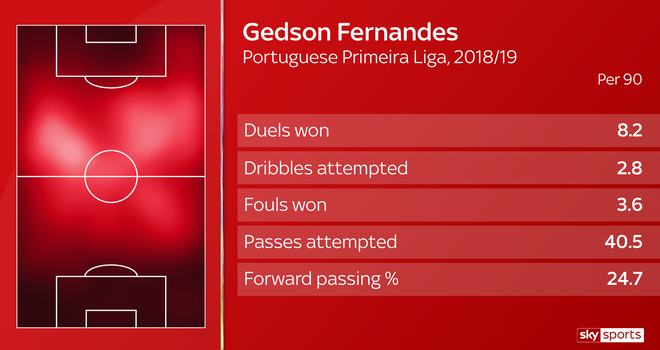 The touch map below elaborates on the above, revealing how he rarely enters the penalty box but operates deeper in the opposition's half and works into wider areas, while the passing sonar indicates he rarely passes backwards. 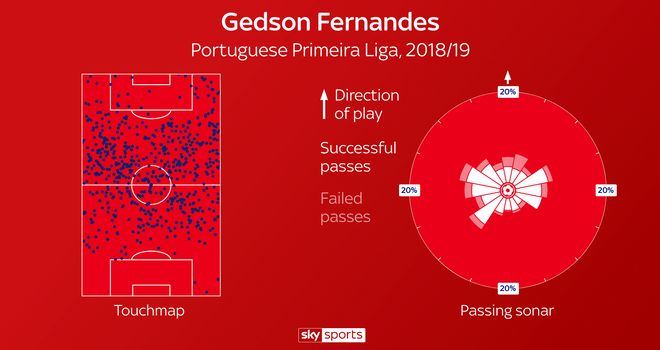 Those tendencies play out in his shot map for 2018/19, too. He took only six shots inside the box but attempted 10 from range - all typically coming from the right-of-centre area, with a distance of about 25 yards. Fernandes only clocked one minute of game time in Benfica's last nine games and is thought to have fallen out with head coach Bruno Lage but Spurs fans will be hoping he has a smoother relationship with Mourinho and makes the most of this latest opportunity.

With Moussa Sissoko and Tanguy Ndombele out injured, Harry Winks and Eric Dier spending time in the treatment room themselves this season and Victor Wanyama and Oliver Skipp on the fringes, Fernandes could soon find himself straight into the Spurs XI and with a chance to impress.