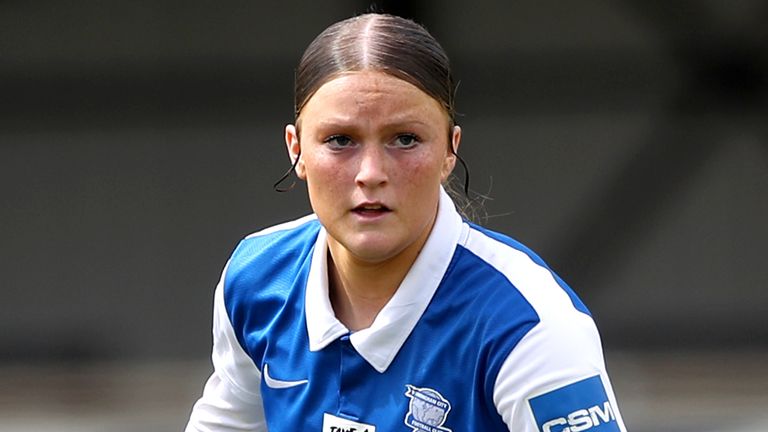 It is a first professional contract for the 17-year-old, who was previously with Arsenal.

Having made a handful of senior appearances for the Gunners last term, she joined Birmingham in January as a dual registration signing, and played 11 Women's Super League games for the Blues, scoring twice.

Mace, who has represented England at various age groups and is currently with the U19s, told City's official website: "I'm so happy and excited to join Manchester City.

"As a 17-year-old, it's the biggest moment in my short career so far. I've got so much to learn and develop in my game and I feel this is the best environment for me to achieve my dreams."

City boss Gareth Taylor said: "We're thrilled to have added Ruby to our squad here at Manchester City - she's a talented player who we feel has a very bright future ahead of her.

"She's already proven that she can make her mark in the Barclays FA Women's Super League and we're really looking forward to working with her in the coming seasons."

"We've had a number of young players make their mark here at City in recent years and hopefully Ruby will be the next one in that long line of success stories."

City managing director Gavin Makel added: "We're delighted to welcome Ruby to the Club, who is one of the most exciting young talents in England.

"We know the potential that she has, and we are looking forward to working with her to develop that further."