Joe Fraser on being world champion and Cirque du Soleil 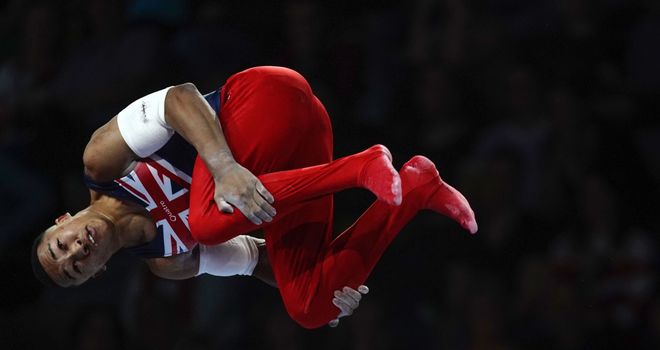 It's been a whirlwind three months for gymnast Joe Fraser.

Parallel bars gold at the World Championship in October. It was shocking, inspirational and historic. This unassuming 21-year-old from Birmingham also became the first black male gymnast to win gold for GB.

It was a lot to take on board for the Sky Sports Scholar. But hopefully bigger stages await.

As qualification for the Tokyo Olympics hots up, Fraser discusses a glorious night in Stuttgart, dreaming of joining the circus, the support of Sky and how he wants to be remembered!

"Having time to reflect on the World Championship I can now see how much it meant to so many people and not just my immediate family and friends!

It's more on a national scale where everyone feels a part of a journey and I'm glad to have been able to bring everyone together at one of the biggest sporting events in the world.

I also didn't realise I was the first black male to win a world gold medal so as you can imagine finding that out for me was crazy!

It meant so much to me. Not only be making history for my country but also my background and even better to do it in Black History month.

Before I got on the bars, I told myself I had nothing to lose and to have fun. With a packed-out arena and friends and family in the crowd, all you want to do is your best. 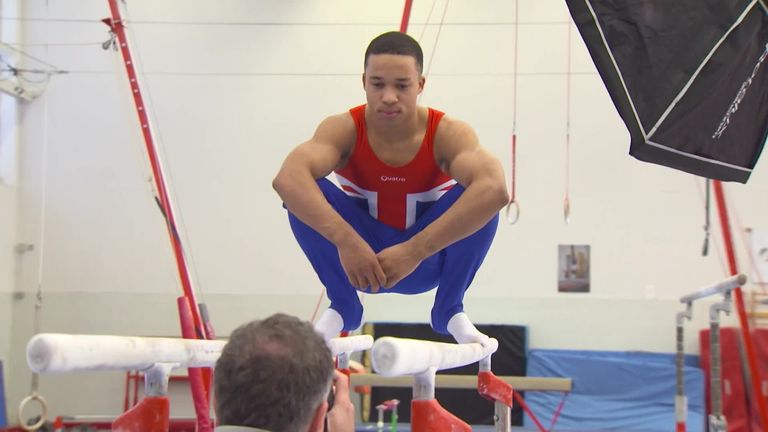 I have always gone for broke ever since I was a kid. My coach and I never want to get in a situation where I can say 'what if I'd have done….' For that reason, we always go for it and 'leave it all out there' as my coach says.

As I rushed around to get the right amount of chalk on the bars before my routine my coach said "calm down" and that was all I needed to refocus and get set for the routine I had to deliver.

I was the most prepared I'd been and I just wanted to soak it up. Once it was over, I experienced nerves like I had never done before. Knowing there was nothing I could do and I had to watch the world's top guys try to beat my score was crazy.

I know I can improve massively - especially with my dismount landing. I'll be doing many numbers to improve that as I push towards my Olympic dream.

I also know my difficulty is very high but I have spoken with my coach on the bits we can do to squeeze the most out of the routine so I look forward to the next 12 months.

Cirque du Soleil is a great transition for an athlete in my sport and many have done it before me and it's something I have thought about since I was 14.

I have friends doing it and it looks so much fun. Travelling is something I love about gymnastics and the idea of doing that and performing, even once I eventually retire, has intrigued me for years.

I'd like to think it's a while away but it's always important to have an idea of what you want to do!

Being a Sky Scholar has kept me level-headed and focused on my goals as an athlete and the best ways to maximise my performances.

I can honestly say they have helped guide me to be the athlete and person I am today!

My mentors are always there whenever I need and I am just so grateful to have been a part of it and look forward to the future we have together. 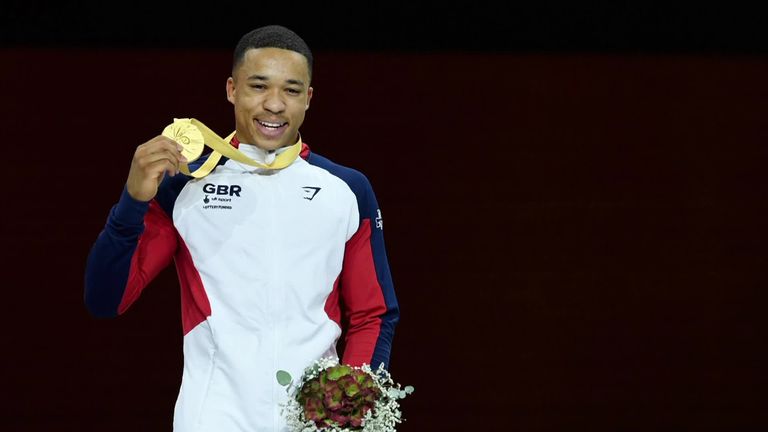 I want people to think of me as the gymnast that always went for broke and could perform while having fun!

By doing that I feel it would be a good way for the future to enter competitions and know that hard work will get you to the best of your game.

Having me start off as a gymnast who came last at my first national championships and then over a decade later being world champion shows that if at first you don't succeed try, try again and that's what I always have done.

I try to motivate people in and out of the gym and the final thing I'd want is for some skills in the gymnastics code of points named after myself - perhaps sommething called 'The Fraser'.

That would be the best legacy I could ask for!"