By Charles Paterson in Dubai 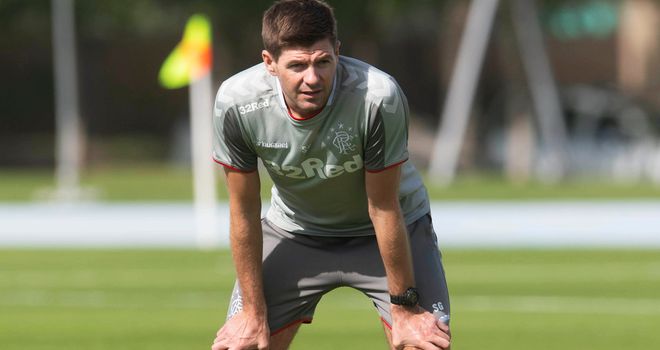 A simple, but powerful message from Steven Gerrard, and one his players must adhere to this week in Dubai on their winter training camp, and beyond. The Rangers manager has used this phrase repeatedly in recent weeks as he plots a way to maintain a title challenge to Celtic.

The victory in the Old Firm game on December 29 was Rangers' first win at Celtic Park in nearly 10 years. The celebrations at the final whistle from both players and supporters gave the impression of a massive weight being lifted from a club that has spent most of the last decade in the doldrums. 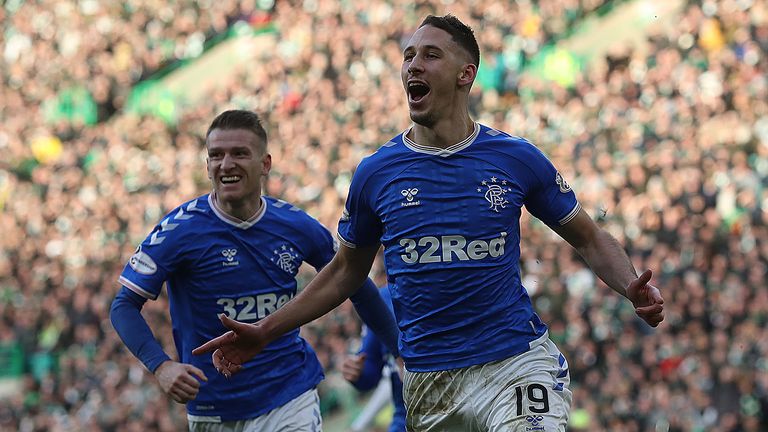 As 2020 has dawned, so too has the realisation at Ibrox that they have a golden opportunity to end years of pain and capture silverware once more.

Rangers have not won a major trophy since lifting the league title in 2011. Financial meltdown and exile from the top flight preceded years of boardroom turbulence and bizarre recruitment. At the same time, Celtic entered a golden period of success, reaching a peak of 10 consecutive domestic trophies.

The most recent of those was last month in the League Cup final, a game which Rangers dominated but Celtic emerged from with the glory. The questions afterwards were whether Rangers' players could handle the big occasion and if they had the mentality to topple Celtic from their perch. At Hampden Park, they fell short. 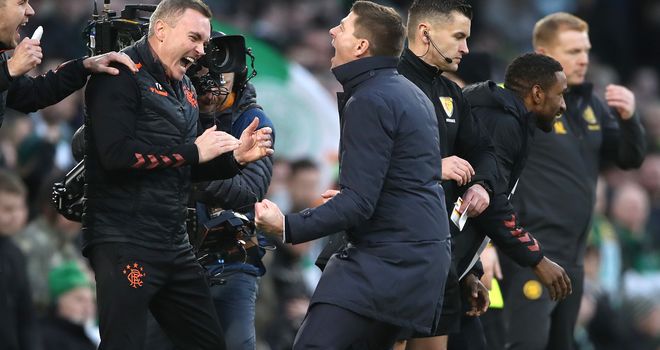 Another opportunity to prove themselves came along three weeks later in the New Year derby and Gerrard's team grabbed it with both hands. Having played a game less, they sit two points behind Celtic as the clubs pause for reflection in the sunshine of the Middle East, training just yards apart at the Nad Al Sheba complex.

Gerrard's joy on derby day was clear to see in the way he roared with delight into the camera lens at full-time. The emotion of Old Firm games can overtake even the most consummate of professionals, but 10 days on, he is fully aware Rangers have won nothing yet - hence the keenness to maintain humility. Senior players including Steven Davis and captain James Tavernier are reinforcing that view, just in case anyone plans on getting carried away. 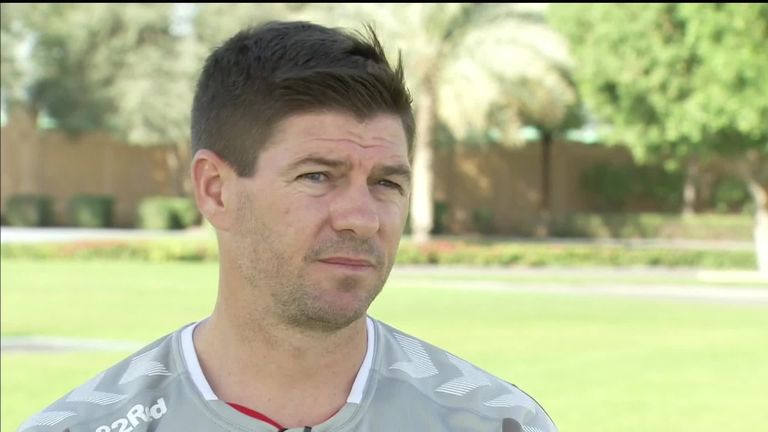 "I believe the consistency is there for us this season, so we have got to take it game-by-game and approach every game as if we are playing Celtic. We've got to get three points every week and take it right down to the wire."

Both Davis and Tavernier provide valuable experience, with differing perspectives. Davis has been over the title course with Rangers before, and emerged victorious - three times under Walter Smith at the start of his career. The Northern Ireland captain also understands the pain of football all too well.

His penalty miss against the Netherlands in November ended his country's hopes of automatic qualification for Euro 2020, though Northern Ireland still have a chance if they can negotiate the play-offs in March. If the wheel of fortune turns in his favour, Davis could have a memorable year ahead. 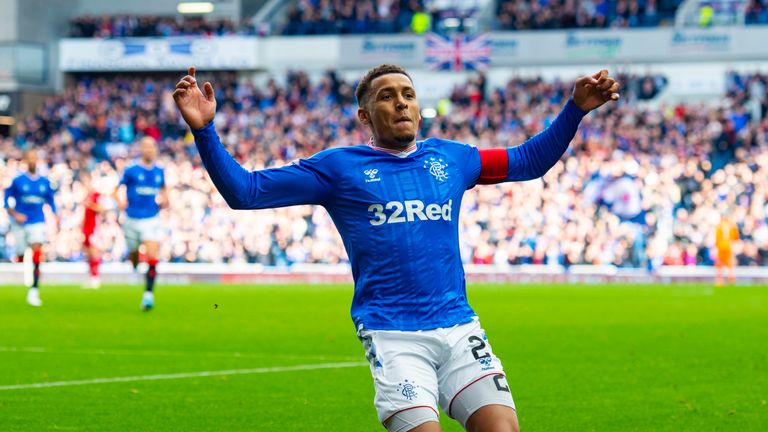 Tavernier has endured extensive heartache at Rangers since signing in 2015. After losing the Scottish Cup final to Hibernian in 2016, he has been on the end of numerous heavy, sometimes humiliating, defeats at the hands of Celtic. Tavernier is acutely aware of the fine lines between success and failure in Glasgow and knows there is no margin for error if he is to have the chance of lifting the league trophy in May.

A year ago, Rangers won the corresponding fixture against Celtic at Ibrox but lost to Kilmarnock in their first game after the break and Celtic took a vice-like grip on the title race that they never relinquished. Gerrard was unhappy with the build-up to that match at Rugby Park - a postponed cup tie did not help - but he is confident this year Rangers will hit the ground running when they return to Scotland.

There is no let-up in training this week for his squad. Rangers landed in Dubai in the early hours of Tuesday and trained later that afternoon. Double-sessions in the heat of the day on Wednesday and Thursday will be followed by a match on Saturday against Lokomotiv Tashkent of Uzbekistan, a team that beat Aberdeen in a physical encounter here in Dubai a couple of winters ago. 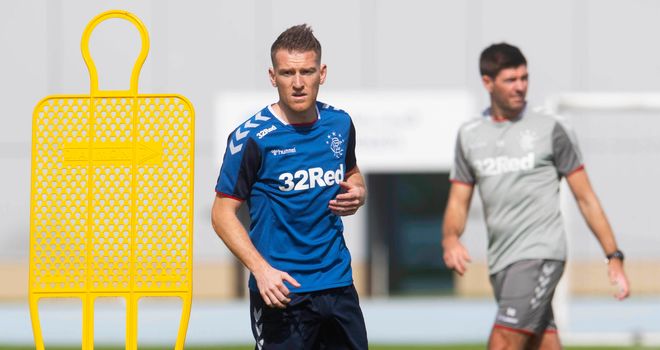 Rangers' schedule differs significantly to Celtic, whose players train in the mornings and relax in the afternoons. Each coaching staff have their own theories as to what works best for them, but it seems unlikely Rangers' match sharpness will disappear before hosting Stranraer in the Scottish Cup on January 17.

Rangers' talisman, whose goals could be decisive, has finally arrived in Dubai. Alfredo Morelos was given extra time off over New Year to return to Colombia, days after being sent off at Celtic Park. That red card means he will not be seen on the pitch again until the end of the month, but his manager feels his star player is content and ready to deliver in the second half of the season, despite the constant scrutiny that seems to follow him everywhere. 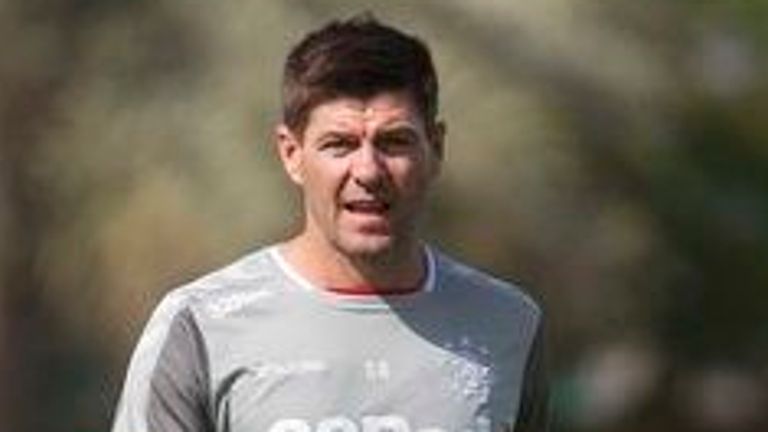 Thirty-seven games into the season, Gerrard is happy where his team sits, but he is restricted in being able to improve it this month. Players must be trimmed from the squad and peripheral figures such as Greg Docherty and Jamie Murphy could leave in January. If Rangers are to win the title, it will be with the players who have carried them to this point.

Keeping feet on the ground is the mantra being espoused by the Rangers manager. Nobody will sway off-message here in Dubai but the celebrations at Celtic Park last week will be nothing compared to what will happen if his squad delivers the goods in May.