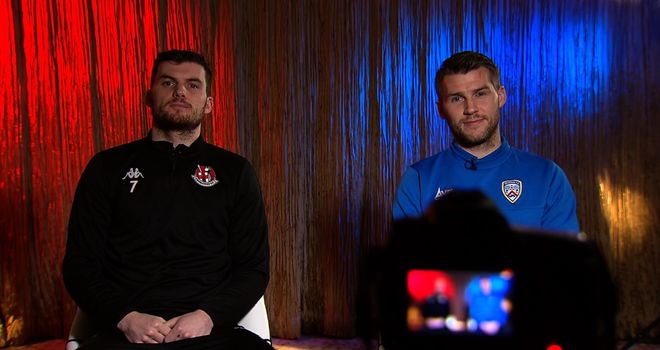 For the Lowry family, Saturday will be no ordinary day as brothers Stephen and Philip prepare to face each other in the Northern Ireland League Cup final.

The siblings are central midfielders for their respective clubs, Coleraine and Crusaders, and they will meet when the sides play for silverware at Windsor Park.

Both players have won every major domestic trophy in Northern Ireland with the exception of one - the League Cup.

"Obviously we speak after most matches and we'd have a fair idea of how each team usually sets up. This week, there isn't much information (being mentioned) about injuries or formations!

"I think that's out of respect for both teams and both managers."

Last season, Stephen was booked for a late tackle on Philip that led to him being substituted after 12 minutes of a league game between the sides.

"I did catch him a few years previous when he had to be stretchered off but the Sky cameras weren't there for that one," jokes Philip.

"I took a good ribbing over it but, who knows, I may get him back on Saturday again!" 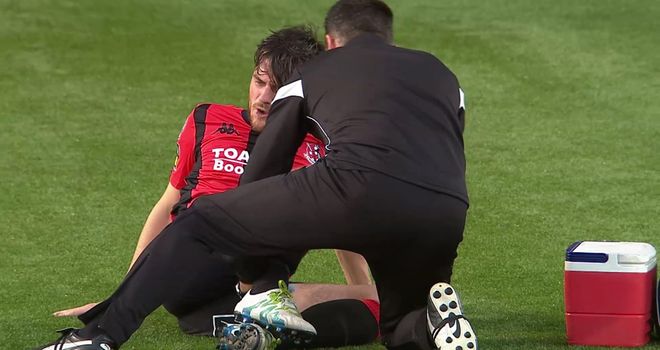 Stephen gives his version of the tackle last season.

"I didn't actually have that one in the bank from the one he got me! I wasn't going out before the game to intentionally injure anyone, never mind my brother," he says.

"I won't be going out to injure him intentionally this weekend but at the same time, I'll not be pulling out of any tackles and I'm sure Phil is the same."

They have never played in the same team. Is it a possibility in the future? That subject allows the mind games to begin.

"We both play in the same position so he'd probably be on the bench," jokes 30-year old Philip. 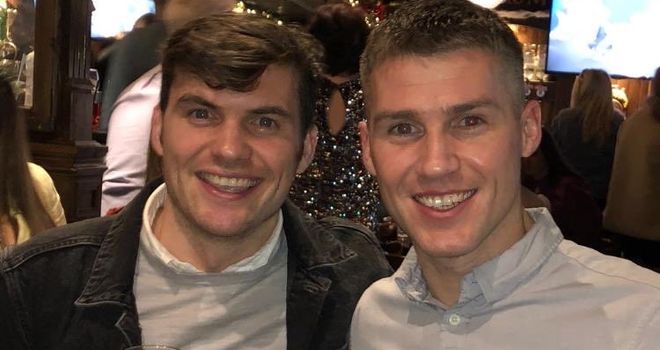 "I could sit in front of the back four and he could bomb forward because I think my game is changing slightly now I'm a bit older," he says.

"His legs have gone!" interrupts Philip.

With both clubs also involved in one of the tightest title races in Europe (six points separate the top five in the Irish Premiership), the competitive action will not end on Saturday.

However, that will not stop them from enjoying a drink together afterwards, regardless of the outcome.

Watch Coleraine vs Crusaders in the Northern Ireland League Cup final live on Sky Sports Football from 7pm on Saturday.