"I am at one of the best Asian clubs and of course, in the future, I'd like to try one experience in Europe. I want to try the challenge of European football"

Former Italy defender Fabio Cannavaro says he would like to manage in England one day and has cited Jurgen Klopp and Pep Guardiola as influences on his management style.

The 46-year-old, who captained his country to their World Cup success in 2006, is currently manager of Guangzhou Evergrande in the Chinese Super League but says he keeps a keen eye on the English top flight.

He is determined to manage in the Premier League and in Europe one day when he decides to leave his role in China.

"I hope so. I watch every game in the Premier League and I like the ambience and culture of football in England," he exclusively told Sky Sports News. 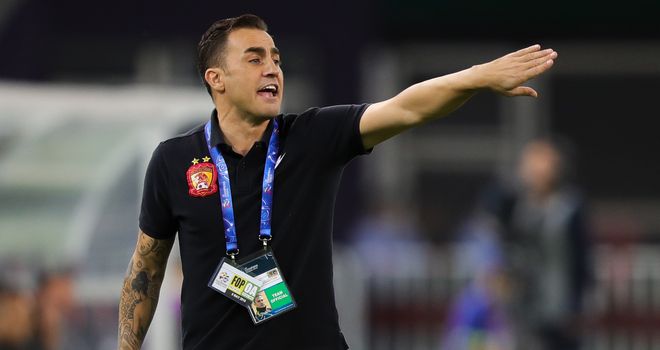 Cannavaro has been manager at Guangzhou Evergrande since 2017

"I am in China to try to improve my system and idea within football. I am at one of the best Asian clubs and of course, in the future, I'd like to try one experience in Europe. I want to try the challenge of European football.

"I like the Klopp mentality but at the same time, I like the Pep culture about football because always we need intensity with and without the ball.

"But you need to control the game and try to win. I have my system and I hope one day you will see."

Cannavaro has experienced the impact of the coronavirus outbreak in China but believes things are starting to turn in the country.

"The life here is starting to be like before. I'm so happy because we have been fighting Covid-19 for a long time," he said.

"The situation in China is much better. I'm really upset for the European situation but not [for the one] in China.

"You just need to be careful and do the right thing and just move around only when you can't stay at home."

The former Juventus and Real Madrid player was the last defender to win the Ballon d'Or following Italy's World Cup success 14 years ago. 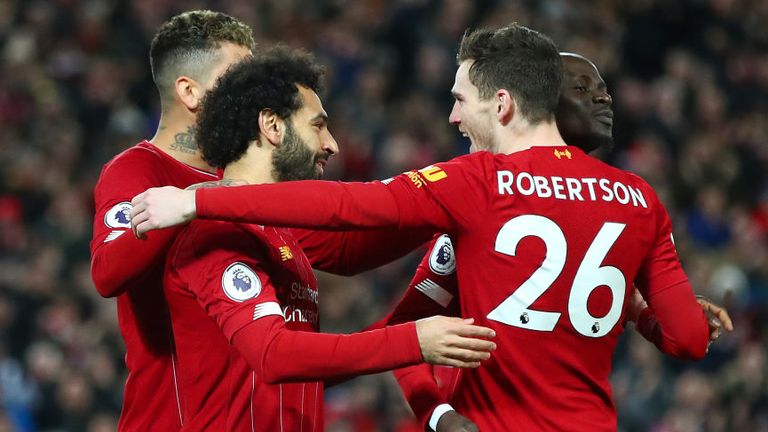 He says he messaged Virgil van Dijk to congratulate him on finishing runner-up in last year's edition of the prize, and thinks Liverpool would be worthy winners of the Premier League.

"Liverpool had an amazing season and they deserve to win and celebrate this league," he said. "But we are in this situation and it's a shame for them.

"I messaged Van Dijk to congratulate him on last season but as a defender, it is difficult to win. You don't just need to have a great performance and to win trophies.

"You need to be lucky not to have a striker like (Cristiano) Ronaldo and (Lionel) Messi in front of you. This is the key. If you have Messi or Ronaldo you start the game 1-0 up.

"But I respect (Mohamed) Salah a lot. He's changed a lot at Liverpool. For the last three years, he's been like a machine. He's the player every coach would like to train because he can defend and attack and he leaves everything on the field, he never gives up."

Cannavaro is one of the few footballers to share a field with both Lionel Messi and Diego Maradona but believes the former Napoli man just edges it as the greatest player of all time. 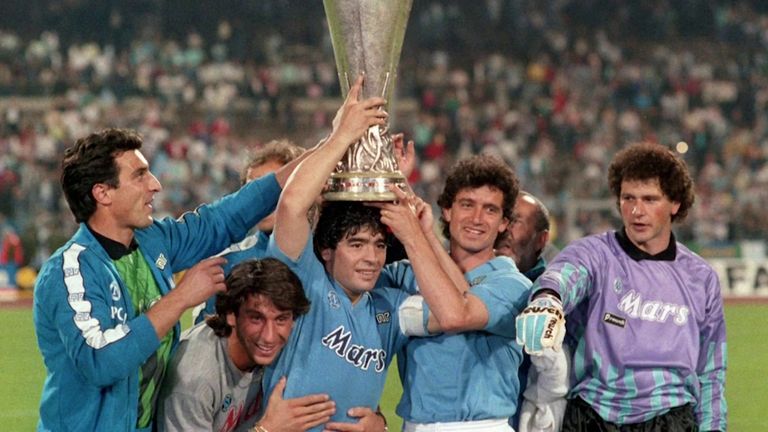 Cannavaro was just 16 when he was tasked with marking Maradona in training while the iconic No 10 was in his pomp in Italy and leading the Neapolitans to two Serie A titles.

He also played against a younger Messi during his three years in Spain at Real Madrid and saw first-hand how devastatingly brilliant the Barcelona forward could be.

"I respect Messi a lot. For the new generation he is one of the best," he said. "But Maradona is different because the football was different. They kicked him a lot but he was always in control and he was tough.

"Messi is top but Maradona is another world. I never compare him with other players. I never saw Pele but I watched Maradona, for seven years I saw every game.