Sky Sports Golf Podcast: Highs and lows of being a Tour caddie This week's podcast brings together three of the very best caddies for some enlightening insight into the hardships, and the rewards, of being a bagman.

Billy Foster, John McLaren and Craig Connelly joined Josh Antmann for this week's edition, with the chat ranging from how they first started their looping careers, to detailing their Ryder Cup experiences - both good and bad! 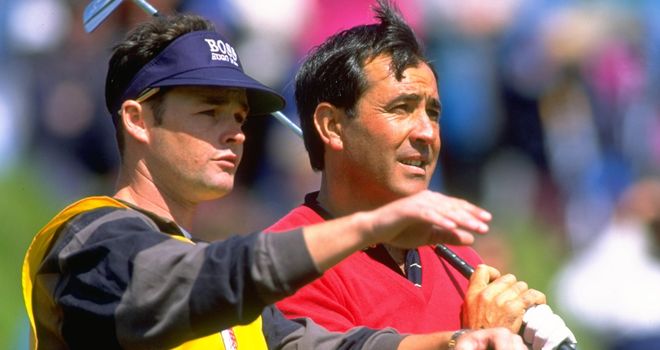 Foster shares a couple of absolute gems when he looks back at his years carrying the bag for Seve Ballesteros, and describes how he dealt with an emotionally-charged week working with a grieving Darren Clarke at the K Club in 2006.

And all three looked back on the astonishing events that culminated in the Miracle at Medinah, which Foster missed due to injury but still received welcome contact from European captain Jose Maria Olazabal.

McLaren was on Luke Donald's bag that week, while Connelly describes the moment that Kaymer ensured Europe would retain the Ryder Cup with the putt that prompted incredible scenes on the 18th green.

Download and listen to the latest Sky Sports Golf podcast and don't forget to subscribe via iTunes! The Vodcast edition will also be available via Sky Sports On Demand, while a 60-minute version will be on Sky Sports Golf on Sunday morning!

Miracle at Medinah - The Story of the 2012 Ryder Cup

Miracle in Medinah - The Story of the 2012 Ryder Cup