Bournemouth boss Howe optimistic on dealing with busy schedule of fixtures, with David Brooks in training after nearly a year out through injury 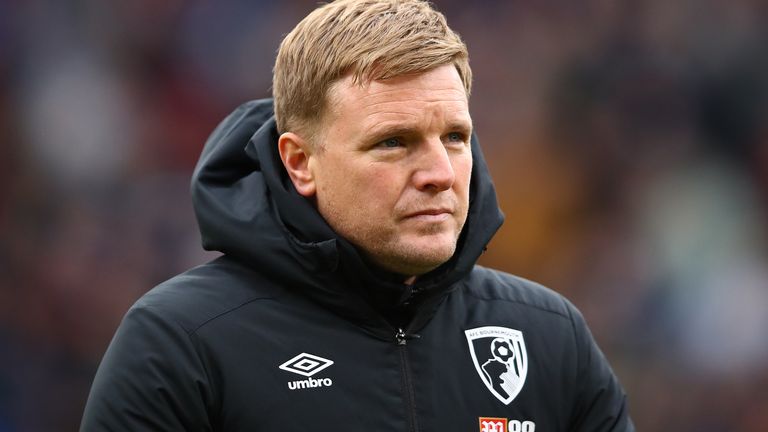 Bournemouth manager Eddie Howe says the return of the Premier League behind closed doors will not diminish the pressure on players, with his club aiming to avoid relegation.

All 92 remaining league fixtures will be played without fans, with a provisional restart date of June 17 agreed, subject to government approval.

Bournemouth sit 17th in the Premier League table, below Watford and West Ham on goal difference, with nine games of the season to be completed as Howe - the Premier League's longest-serving manager - seeks to ensure a sixth successive campaign in the English top-flight.

Asked whether certain players could improve without playing in front of fans, Howe told Sky Sports News: "I am sure for some players, it may make them play better. For some, it may not have that same effect. Who knows until the action starts.

"But they have all done it before, many times during pre-season, during training, we will have these types of games.

"The difference here is there is so much at stake, but it won't necessarily have that feeling at that moment because there is no crowd, no atmosphere to feed off.

"It will be a very strange mix of things for the players to handle and to get used to very quickly."

Bournemouth face four top-six sides in their remaining fixtures, but Howe is encouraged by the possibility of being able to call upon David Brooks, while captain Steve Cook is hoping to return from to play some part.

Wales international Brooks has not played since a 3-3 draw with Southampton on April 27 last year, while Cook was expected to miss the end of the season with a hamstring injury sustained in the club's last Premier League game, against Liverpool, before the coronavirus-enforced suspension. 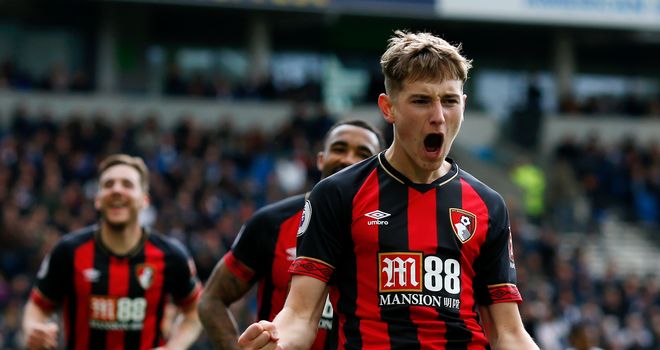 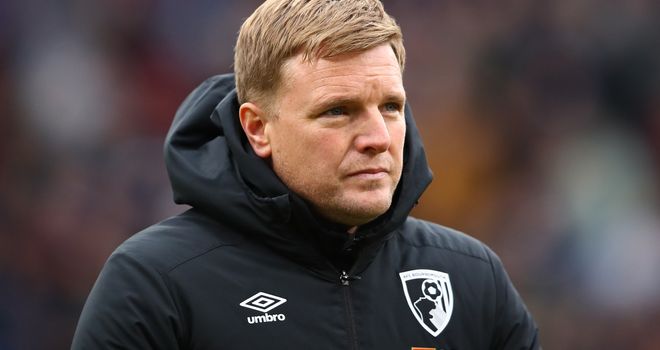 "We haven't done contact training so it is difficult to give you a definitive answer," Howe replied, when asked whether Brooks was back to fitness.

Howe, whose first-choice goalkeeper Aaron Ramsdale tested positive for coronavirus earlier this week, feels there could be some surprise results when the season resumes as his club seeks to reset after recording one point from their final four games before the league's suspension on March 13.

"I think there will be lots of clubs in the same situation looking at every game trying to maximise the possibilities of getting points and results," he said.

"You look at the Bundesliga results and you see the surprise results, a lot of away teams winning. I think potentially that could happen in the Premier League where it doesn't always go with the form book as it was when the season was last played, so [we're] prepared for anything really."

Gary Neville and Jamie Carragher have both expressed their delight at the Premier League's imminent return after initial concerns over its resumption this season.

When will this season's remaining PL games be staged?

Sky Sports will show 64 live Premier League games. In addition to the 39 matches scheduled to be broadcast on Sky before the Coronavirus interruption, 25 matches will be available on both Sky Sports Premier League and Sky's free-to-air Pick channel.