Like everyone, everywhere, Manchester United are getting accustomed to dealing with uncertainty but there's been delight in the corridors of Old Trafford that one of those doubts has been crossed off the list.

The deal to keep Odion Ighalo at the club has been one of United's recruitment priorities since football was put on hold and, with the prospect of a lot of games in a compressed period, retaining a player of his pedigree was considered crucial.

That doesn't mean to say it was an easy negotiation, however. The initial loan deal secured in the few remaining hours of the January window hadn't been an easy one to conclude, and going into talks to extend his stay further wasn't something those involved were particularly relishing either.

If there was brinkmanship involved in those discussions at the start of 2020, then it was a case of deja vu this time around, with United making it clear they wanted to get something sorted one way or the other before Ighalo's initial spell at Old Trafford was scheduled to end at midnight on May 31.

Once again the deal got done, but it wasn't plain sailing and it was hung in the balance last weekend. While the negotiations were ultimately successful, the reaction to phase two of the Ighalo project was somewhat different; for all those who scoffed and laughed in January, far more were nodding their heads in approval this time around because the player's stats and impact speak for themselves. 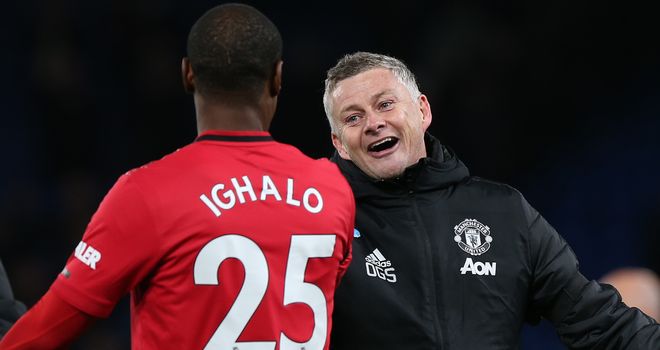 It was obviously a considerable help to the wrangling that Ighalo is living out his dream of playing for the team he supports, while loving his time in Manchester, but his four goals from three starts make it a far more compelling decision than just a romantic one.

Ighalo's goals equate to one every 77 minutes that he's played in a United shirt, and they've been important goals too, especially the two he managed in the FA Cup, which illustrated his particular talents and one of the reasons Ole Gunnar Solskjaer was keen to keep him.

Yes, the opening goal in the slightly bizarre victory in Austria last time out was a beauty, but the 30-year-old showed his predatory instincts with his pair at Pride Park, scored with the sort of desire and determination Solskjaer wants to see from the likes of Marcus Rashford, Anthony Martial and Mason Greenwood. He wants them to add the 'meat and drink' goals to their games, and Ighalo can help with that process, particularly with Greenwood. 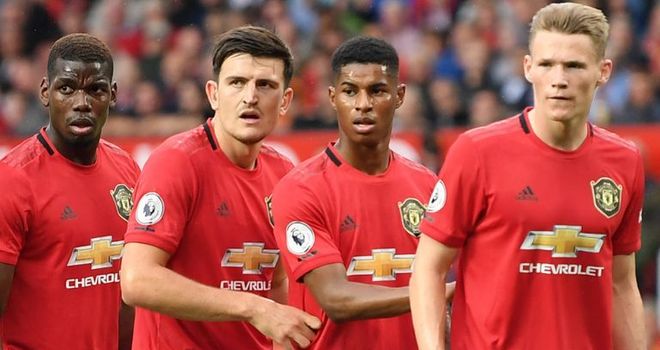 It's true United were more relaxed going into the second phase of talks with Shanghai Shenhua because Rashford is fully fit again and raring to go for when the Premier League returns, boasting 12 goals in his last 16 games before the back injury that made Ighalo's signing a necessity.

But the fact the deal they've negotiated, costing them in the region of £6m for the loan fee and wages, extends to the end of January next year gives the recruitment team more time to consider other potential striking options and not necessarily prioritise a new front-man in the next window. Added to that, Ighalo is not an unknown anymore. He's fitted in well and there's an argument he'll only thrive more now he's got to grips with his new environment.

Transfer landscape will be tough for United However, the transfer landscape that awaits United and every other club when the next window finally opens is hugely uncertain. Perhaps the only certainty is that they won't be signing Raheem Sterling from Manchester City, but that aside, no one quite knows what rules will be applied when deals start being done again.

The worldwide pandemic has had massive financial implications on the entire football pyramid and United aren't immune from that. Yes, they'd like to sign Jadon Sancho - his name's at the top of the list - but talk of a £100m fee just doesn't seem likely. In the current circumstances, it's difficult to make an argument for spending that sort of money on anyone.

That doesn't mean a deal won't happen but the negotiations around such mega-purchases could now involve player swaps, players-plus-cash, or sell-on clauses that provide greater protection and potential revenue to both parties, when huge transfer fees are impossible to pay.

So what about the loan market and the players that United own, but who are playing for other clubs? Well, after finding an agreement to keep Ighalo, it would be rather inconsistent for them not to allow their players to remain where they are, at least until this season wraps up.

No official decision has been made as yet but it seems more than likely that Dean Henderson, Alexis Sanchez and Chris Smalling will all get to stay put at Sheffield United, Inter Milan and AS Roma respectively. With a fully fit squad to call upon, Solskjaer has no real reason to bring them back.

Pogba fit ahead of the restart 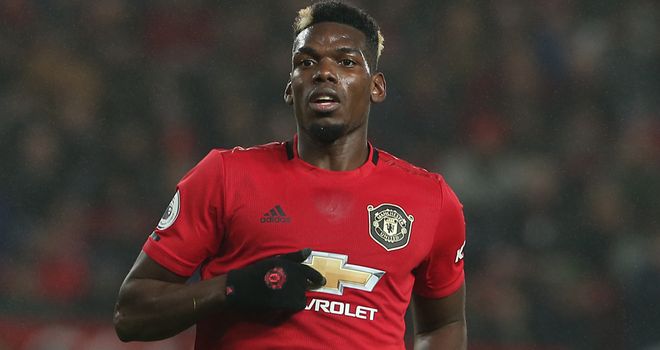 I'm told the atmosphere has been fantastic at Carrington now that everyone's got to grips with the new rules on training and testing, with great excitement ahead of the return of the Premier League. Arguably United will emerge from their enforced hibernation in better shape than they were when the pandemic struck, and at that stage they were unbeaten in their previous 11 games in all competitions having scored 29 times and conceded just two.

As I've already mentioned, Rashford is back and he's not yet had the chance to play with Ighalo, but it's the midfield options that have got everyone excited. Bruno Fernandes has established himself as an upcoming Old Trafford hero with just nine games in his number 18 shirt. Paul Pogba's fully fit too, and the pair could team up together for the first time when United return to action at Tottenham.

But that's not a given; the hiatus has given Scott McTominay time to fully recover from his knee injury, and both Fred and Nemanja Matic have made impressive cases to be included in Solskjaer's starting line-up with their form since Christmas.

If he avoids defeat in the game in north London, Solskjaer would set a new unbeaten record with United and it shows just how extraordinary recent events have been that no one's really mentioned it's the first opportunity Jose Mourinho has had to welcome his former players to his new home.