Play along online with friends and family as you watch Super Sunday. Correctly predict match outcomes to top the fans leaderboard! Fanzone is back for the Premier League season, with some exciting new features.

Fanzone is a second screen experience and free contest that challenges fans to test their trivia and predictive talents.

While tuning into Manchester United vs Arsenal on Super Sunday live on Sky Sports Premier League and Main Event (kick-off 4.30pm), viewers will be able to earn points by predicting match outcomes and correctly answering trivia questions related to the live match.

You will earn points for correct picks from questions: 'Will there be three or more goals in the match?' as well as numerous in-play scenarios such as: 'Will the penalty taker score from the spot?' Score well enough and you will fly up the fans leaderboard!

Whether you are a Sky Sports subscriber or not, everyone will be able to use Sky Sports Fanzone on your phone (optimised on iOS for iPhone 8 and above), laptop or PC.

With matches still taking place behind closed doors, you will also have the chance to have your very own watch party video calls during Fanzone enabled matches, where you can chat and compete against friends and family in the 'Fanzone Picks' prediction game. 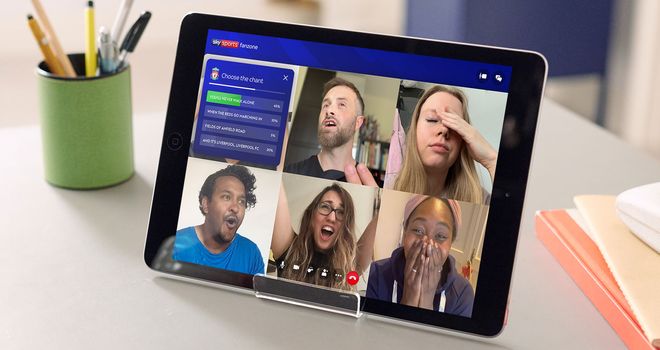 Get into the game with family and friends

Invite up to five people to your Fanzone to catch the match together. Head to fanzone.skysports.com and send a link to your fellow fans. The Fanzone opens an hour before kick-off and will close 15 minutes after the full-time whistle.

You can also compete against friends and family in our new game 'Fanzone Picks'. Ahead of kick-off, head to fanzone.skysports.com and submit your predictions for six match scenarios such as 'Will both teams score?' or 'Will there be five or more yellow cards?'

You will earn points for each correct pick which will see you climb the fans leaderboard. Do not worry if you score poorly in the predictions, you can still redeem yourself by earning points for participating in in-game scenarios.

We will also be testing your knowledge throughout the game with some Premier League trivia questions, and do not forget to check the leaderboard too, where the more points you earn, the higher up your name will be!

Have your say and test your knowledge

Do you usually yell at the screen during a game? Or fancy yourself as the next big-name pundit reporting live from the Sky Sports News studio? Share your views on the players and their performance in live opinion polls.

Put your knowledge to the test and earn points for correct answers with our Fanzone Picks game. The more points you earn throughout the match, the higher up the leaderboard you'll be, and the more bragging rights you'll earn. 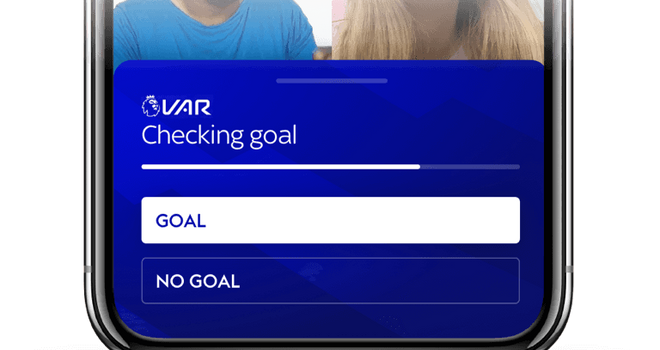 Who can use Sky Sports Fanzone?

Anyone can play, whether you're a Sky subscriber or not, and if you want to, share with a maximum of five mates to watch and play along with you

How do I get involved?

How long is the Fanzone?

Sky Sports Fanzone opens around an hour before live kick-off for Manchester United vs Arsenal on Super Sunday, and will close around 15 minutes after full-time. At the end of the game, see where you ranked on the fans leaderboard.