Jonathan Oakes is joined by presenter David Prutton and pundit Keith Andrews to discuss all the latest from the Championship, League One and League Two.

The race for the Premier League took another turn after defeats for Brentford and Swansea, allowing Watford back into the hunt, while Norwich moved seven points clear.

Ahead of the East Midlands derby on Friday night we also hear from Nottingham Forest defender Joe Worrall in Ten To Tackle.

Brentford's blip continues to open up race for Premier League Brentford were beaten at Coventry on Saturday, their third defeat in a row

It's three defeats on the spin now for Brentford. They remain second in the table after the weekend as Swansea were also beaten, but their slips have allowed Watford back into the race for the Premier League.

The Bees were soundly beaten by Coventry at St Andrew's on Saturday and need to bounce back soon if they want to get back on track.

Prutton: "It was their second-youngest starting XI of the season, and they've had to deal with some injuries. Ivan Toney was also missing on Saturday, and he is their best player.

"But the way they played, there was a lack of fluidity, and possibly a lack of confidence too. But Coventry were well worth their three points. They capitalised on Brentford's mistakes."

Bournemouth appoint Woodgate until the end of the season 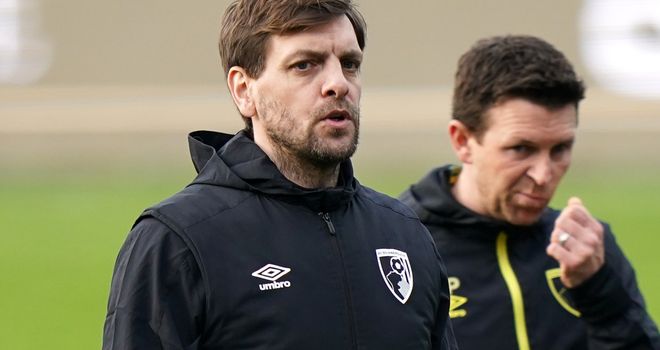 At one stage it looked like Bournemouth were going to appoint Thierry Henry to replace Jason Tindall last week, but that move fell through and the club acted swiftly on Sunday to appoint Jonathan Woodgate until the end of the season, having overseen their last few games as caretaker manager.

Andrews: "If you're going to make the decision [to sack Tindall] then surely you have to have someone in mind? In the midst of all this, Woodgate has come in and clearly impressed.

"But to give him until the end of the season, where is the stability and clarity in that? I don't get it. I don't think the leadership has been good, and I don't think the hierarchy has dealt well with this at all." Nottingham Forest defender Joe Worrall was the guest on Ten To Tackle this week. He has been a fan of the club since he was young and told us what it means to him, while also using the chance to have a cheeky swipe at their rivals ahead of Friday night's East Midlands derby!

"Probably making my debut for Forest was [the highlight of my career so far]," he said. "Ever since I was a kid, even coming on trial here and getting a contract at 13 or 14. Forest is home, there's no other way to describe it. There's something special about the club and the City Ground, you just fall in love with it.

"I don't know why anyone supports Notts County when you have Forest in the same city! Respect for Derby, they're a good football club but I don't like them. The first win against Derby, that was class as well. I enjoyed that one."

Coppinger still going at 40 for Doncaster 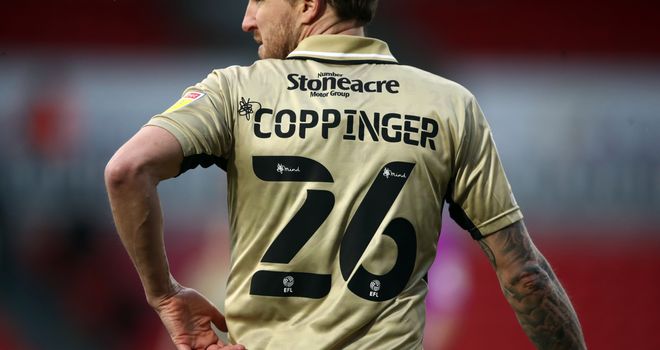 There was another shining moment in the brilliant career of the evergreen James Coppinger on Saturday.

The 40-year-old has been in and out at Doncaster this season, a club whom he has represented with distinction since 2004, but came off the bench against Hull to score a wonderful last-minute free-kick to earn his side a 3-3 draw.

It was a moment made even more special by the fact his side were wearing a special gold third kit designed for charity in his final season at the club.

Prutton (who is a year younger than Coppinger!): "I've known James on and off for about 20 years. We were at similar trials when we were both young in the mid-90s, and he stood out then.

"He had a portion of his career when he came away and nearly dropped out of the game, but he made tweaks to his regime and he is in immaculate shape. He's a shining example of how to get every single last drop out of your career. He's been part of some iconic moments."

Walsall to Port Vale for Clarke 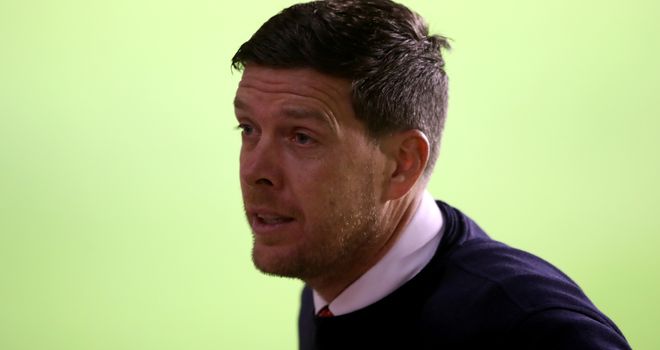 An interesting managerial move took place in League Two last week, as Darrell Clarke left Walsall for a Port Vale side further down the table.

Andrews: "It's very unusual for any club to play compensation for a manager in League Two, particularly in the world we currently live in. But you scratch a little bit and you see what [Clarke] says, he wants promotion and he clearly felt he couldn't get that at Walsall.

"He realistically sees an opportunity at Port Vale to build for next season and win promotion, and that must be the biggest factor in his decision. He's had four promotions in his career and he wants more."