Every match from the British & Irish Lions tour of South Africa will be exclusively live on Sky Sports; fans who don't have Sky will be able to catch all the action via streaming service NOW, which offers day and month passes 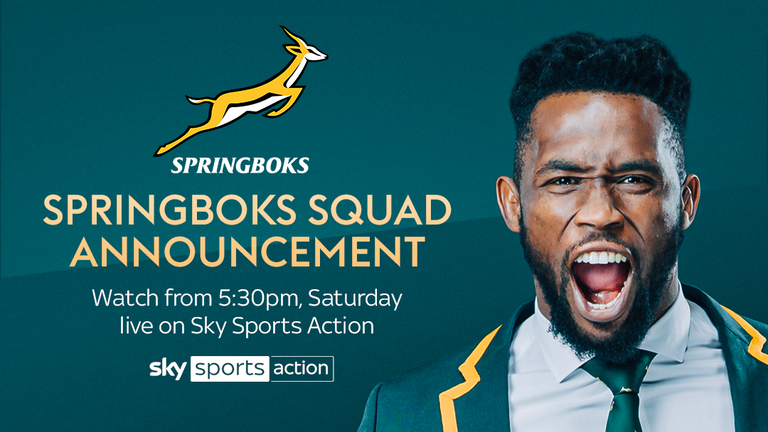 Jacques Nienaber will unveil his Springboks squad live on Sky Sports Action from 5.30pm on Saturday, ahead of the British & Irish Lions tour of South Africa this summer.

The Springboks will name a 45-man squad to face Georgia in two warm-up Tests on July 2 and July 9. The squad will then stay together until the game between the British & Irish Lions and South Africa A on July 14, after which numbers will be cut down ahead of South Africa's three-Test series against Warren Gatland's tourists.

The opening Test against Georgia next month will be the Boks' first time taking the field since beating England in the World Cup final in November 2019, and will also be Nienaber's first time at the helm for a game since taking over as head coach from Rassie Erasmus, who stepped back from his day-to-day coaching duties to serve as South Africa's director of rugby. 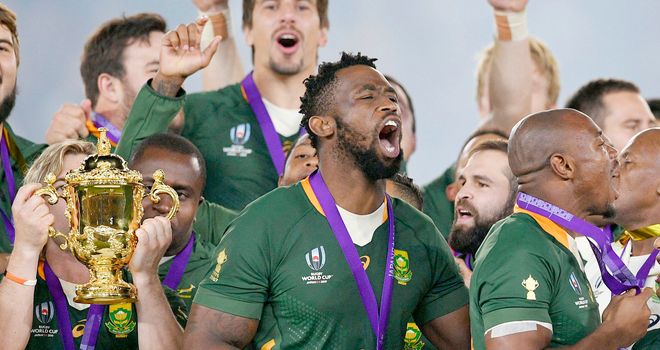 The side will once again be skippered by Siya Kolisi, who made history as the Boks' first Black captain in June 2018, and went on to lead the side to glory in Tokyo 19 months ago.

There are some surprise selections tipped to be announced on Saturday, including that of Bulls fly-half Morne Steyn, who made his Test debut against the Lions in 2009 and won the series for the home side with a last-minute penalty in the second Test at Loftus Versfeld. The 36-year-old has not played international rugby since October 2016. 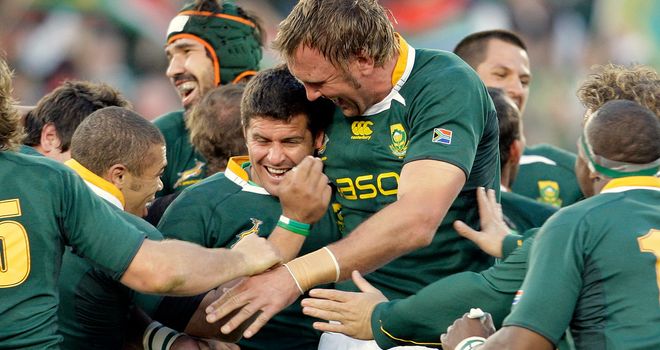 A possible bolter plying his trade in the Premiership is Leicester Tigers No 8 Jasper Wiese, who is seen as a potential understudy to World Cup winner Duane Vermeulen, while some fans in South Africa have called for the inclusion of Harlequins flyer Tyrone Green. Green's Quins team-mates Andre Esterhuizen and Wilco Louw are thought to be part of discussions between Nienaber and Erasmus.

There could also be places for some of Sale's contingent, with twins Jean-Luc and Daniel du Preez impressing this season, while hooker Akker van der Merwe could hear his name called out for the extended squad following the retirement of Schalk Brits at the conclusion of the World Cup. 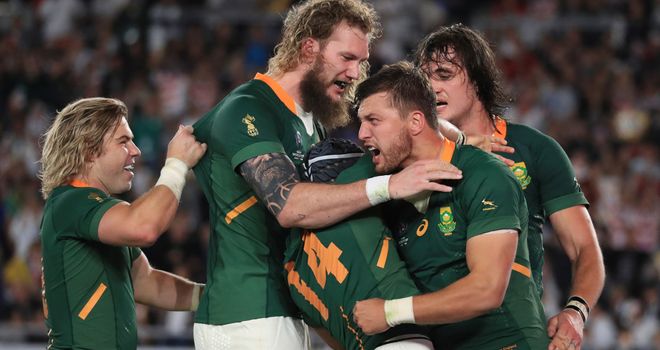 There are also likely to be plenty of familiar names announced on Saturday, including those of Toulouse's Heineken Champions Cup winner Cheslin Kolbe and Montpellier half-backs Handre Pollard and Cobus Reinach, who helped their team to Challenge Cup glory last month.

Munster pair Damian de Allende and RG Snyman are also expected to be part of Springbok plans, as is former Ulster back rower Marcell Coetzee.

Watch the live announcement of South Africa's squad on Sky Sports Action from 5.30pm on Saturday