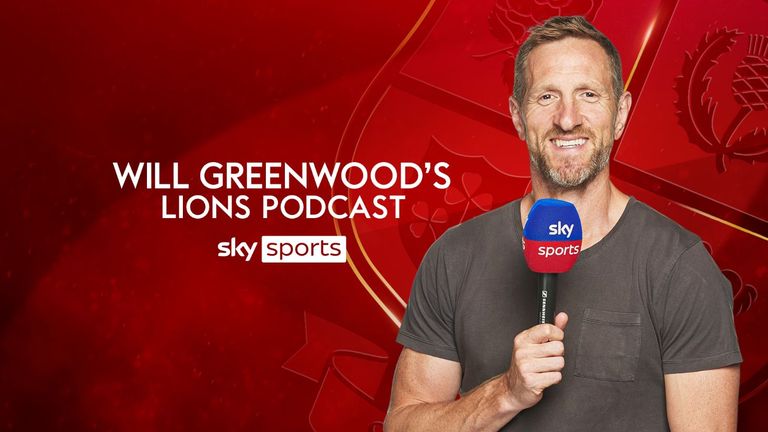 On this week's Will Greenwood's Lions podcast, he welcomes John Bentley who was one of the heroes of the victorious 1997 tour to South Africa.

Bentos epitomised everything good about the '97 tour as he dazzled on and off the pitch to become a Lions Legend.

He was one of the reasons the 'Living With the Lions' documentary was so successful and talks to Will about how that came about.

Bentley scored seven tries in all - including a superb 60m solo effort against the Gauteng Lions which is one of the finest Lions tries ever.

Bentley explains the power that Geech had on the team and how his words brought him to tears.

Will Greenwood is hosting a weekly Lions podcast ahead of Warren Gatland's tourists taking on the world champion Springboks over the summer - all the games from the 2021 tour will be shown live on Sky Sports.