The BBL returns to Sky Sports on Friday night as the Patriots and Scorchers go head-to-head; watch live and free on the Sky Sports YouTube channel or via our stream below from 7pm 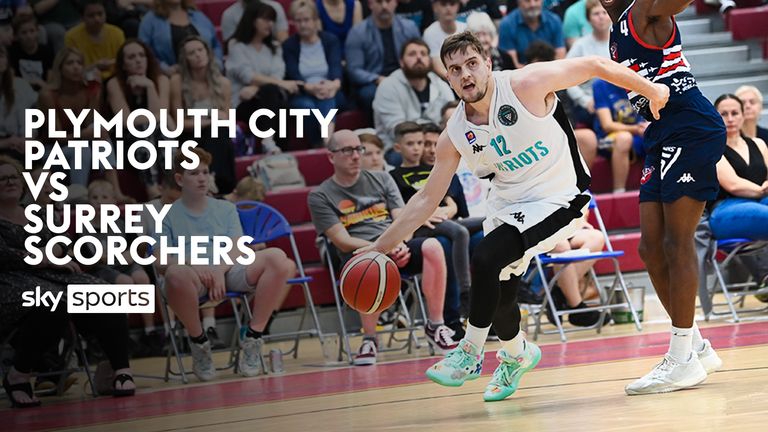 Live British Basketball League coverage returns to Sky Sports on Friday evening and you can watch live and free online.

We will be bringing you full coverage from Plymouth Pavilions as Plymouth City Patriots go head-to-head with Surrey Scorchers from 7pm.

The Scorchers make the long trip to Devon aiming to build on their thrilling one-point win over London Lions on New Years' Day, while Plymouth have their sights on finally claiming their first championship win of the season.

You can watch the action via Sky Sports' YouTube channel or the stream above, with this being the first of eight live BBL matches between now and the middle of March.