Charles Leclerc on pole ahead of Max Verstappen for Miami Grand Prix; Watch the race live on Sky Sports F1 at 8.30pm, with build-up from 7pm 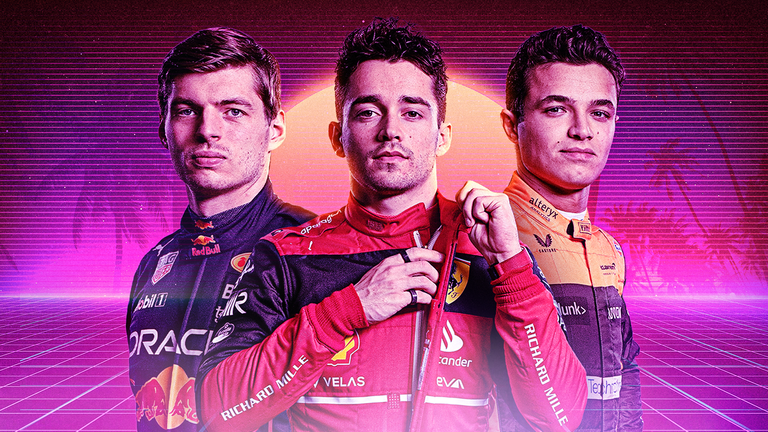 A gripping fight at the front, world champions aiming for a recovery and an all-new Grand Prix likened to the Super Bowl... get ready for a race to remember as Formula 1 heads Stateside for the inaugural Miami GP!

The fifth round of the 2022 season has a sprinkle of a USA stardust this weekend as the iconic city of Miami, Florida hosts its first-ever F1 race on a Miami Gardens street track that is set to thrill.

It is the first of two American races this year and all the action will be live on Sky Sports F1, with later starts.

Sunday's race begins at 8.30pm. There is also the welcome debut of W Series on Sky Sports in Miami, as a new season of the all-female championship kicks off.

The championship picture ahead of Miami debut

Verstappen's domination of the Emilia Romagna GP weekend has brought him right back into the championship fight after two DNFs in the first three races. Verstappen is now 28 points behind Charles Leclerc, who conversely finished outside of the top two for the first time this year in Imola and finished his race with a podium-costing crash.

But it was Leclerc who claimed pole ahead of Carlos Sainz and Verstappen on Saturday, with Mercedes slipping back after finding form coming into the weekend.

So, F1 has never raced in Miami before?
No, though there has been plenty of speculation in recent years as F1's US owners Liberty Media wanted to bring more 'destination cities' to the sport.

Initially there were plans to host a race in Downtown Miami but focus then shifted to the Miami Gardens area. There were plenty of hoops to jump through - and local residents are still not enthralled - but F1 now has its race in Miami, which becomes the 11th US venue to host an F1 event.

What's the track like?
The purpose-built street circuit surrounds the Hard Rock Stadium - home of the city's NFL team Miami Dolphins - and has 19 corners, a mix of high and low speed to complement the long straights where top speeds are set to be around 200mph. It has been compared to Jeddah's Corniche Circuit and Melbourne's Albert Park with its feel.

"I think this circuit is a good mixture of high speed and very slow speed that we haven't really seen so far this year," said Sky Sports F1's Anthony Davidson.

"The Turns 14 and 15 chicanes give us some of the slowest speeds we'll see the cars go this year - bar the Monaco hairpin perhaps." 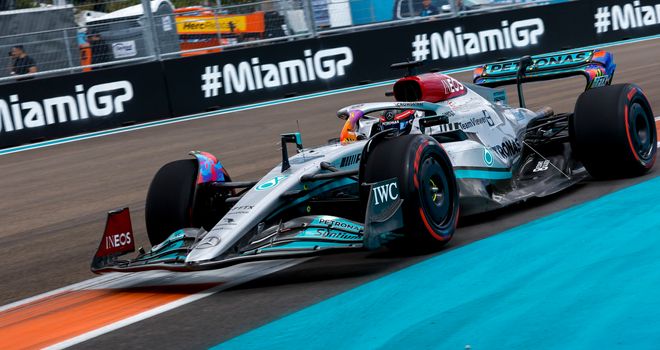 What about the event as a whole?
Vibrant and star-studded. F1 has enjoyed a huge boom in following in the US in recent years - aided by the Netflix Drive to Survive series - and there has been unprecedented interest in this event from fans, while celebrities and sporting stars are also set to attend. They put a lot into their big events in America, it's fair to say.

"It's going to be awesome," said McLaren's American boss, Zak Brown. "I've been here six years and I've never seen demand or buzz for a grand prix like I've seen for Miami.

"It rivals the Super Bowl as far as 'are you going to the Miami race?'.

"I've been around F1 for 20 years and I'm used to going to grands prix but I've never seen anything like it."

A Super Bowl comparison is apt given the stadium at the heart of the Miami GP track.

Lewis Hamilton added: "Growing up knowing how amazing the sport is and seeing that there was still quite a disconnect between the US and the rest of the world in terms of the passion for this sport, it's really amazing to see that we've cracked it and there's a growing love in the States.

"There are massive sporting fans out there. And I mean, Miami is going to be an experience for all of us, for the racing community, for those that are the fans out there that are watching, the fans that are going to be flying in that maybe have never been there before. The US has a lot to offer in that space. So it's super exciting." 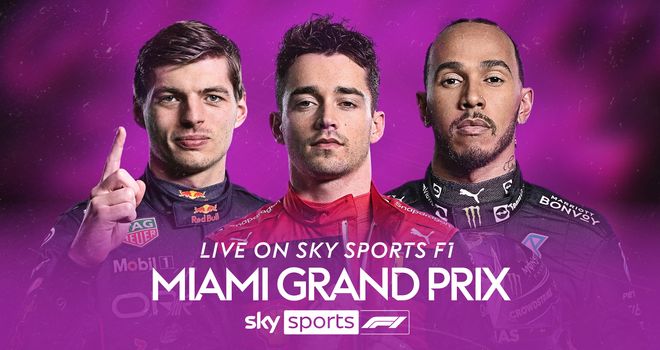