Bayern Munich may have won the Bundesliga but there is still lots to play for on the final day in terms of European spots and relegation. Watch it on Sky Sports on Saturday.

What is on the line?

With Bayern already wrapping up a 10th successive title and Borussia Dortmund and Bayer 04 Leverkusen clinching second and third respectively, it now remains for the remaining European qualification to be distributed among RB Leipzig, SC Freiburg, FC Union Berlin and Cologne.

Leipzig will begin the day in the final UEFA Champions League place, two points ahead of Freiburg and with a far superior goal difference, meaning a point at Arminia Bielefeld should be enough to secure fourth. Any defeat for Domenico Tedesco's side would allow Freiburg to leapfrog Leipzig into fourth if they can win at Leverkusen.

And there will be no gimmies at Bielefeld, where the hosts will make one final play at trying to avoid automatic relegation.

They are second-bottom, three points back from VfB Stuttgart in the relegation playoff place and in need of a huge amount of luck.

To avoid slipping back down to the second-tier, Bielefeld require all of; a victory over Leipzig, a Stuttgart defeat, and an eight-goal swing in their respective goal differences. Stuttgart are a further three points behind Hertha Berlin, who can confirm their top-flight place for next season with a point at Dortmund, who will be saying goodbye to Manchester City-bound Erling Haaland. 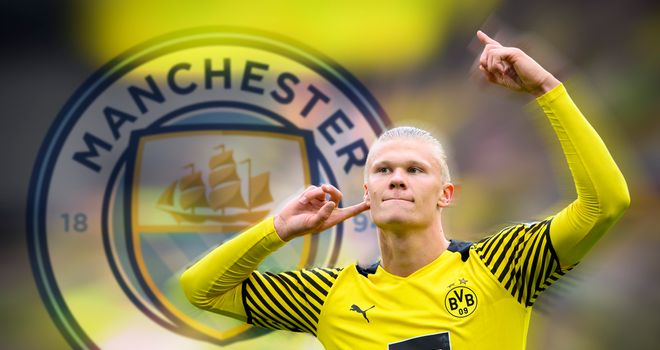 How to watch on Sky Sports?

As the home of German top-flight football in the UK and the Republic of Ireland, football fans will be able to tune in to Sky Sports to watch Haaland play his final match for Dortmund before his big-money move to Manchester City this summer.

Here is where and when you can access the live matches (all are 2.30pm kick offs):