Watch Aston Villa vs Tottenham live on Sky Sports Premier League on Super Sunday from 1pm; Kick-off is at 2pm Speaking ahead of Aston Villa's game against Tottenham on Sunday, which is live on Sky Sports Premier League, Reina reflects on where his love for football began, his footballing hero and his return to the Premier League... 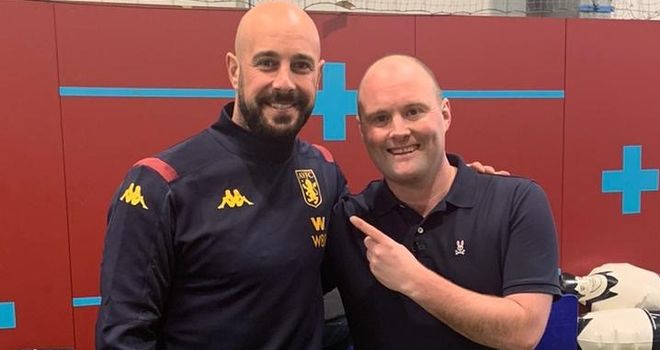 Reina sat down with Soccer Am's Tubes ahead of Aston Villa vs Tottenham, which is live on Sky Sports on Sunday

What was your first memory of football?

"It was playing with my friends at school or near my house when we were growing up.

"I have always had a ball in my hands. The football was ever-present at home, probably because of my dad. My brothers, they didn't get involved that much. I had five brothers and I was the only one that grew up with this feeling to be a goalkeeper."

Were you always a goalkeeper as a youngster?

"We all dream and like to play outside and run backwards and forwards. All the kids play all around the pitch when you are six or seven, but when I decided to take it more seriously, yes, I've always been a goalkeeper."

Who was your first hero? "As a Barca supporter, I was always looking at Andoni Zubizarreta. When I was six, seven and eight years old I was mad on the dream team from Johan Cruyff and Zubizarreta was the goalkeeper, so he was my role model."

What was your first professional appearance? Reina made his debut for Barcelona in 2000

"My debut with Barcelona came on December 2 2000 in Balaidos. It was Celta Vigo vs Barcelona and I came on in the 43rd minute because Richard Dutruel suffered a knee injury.

What was the first trophy you won? 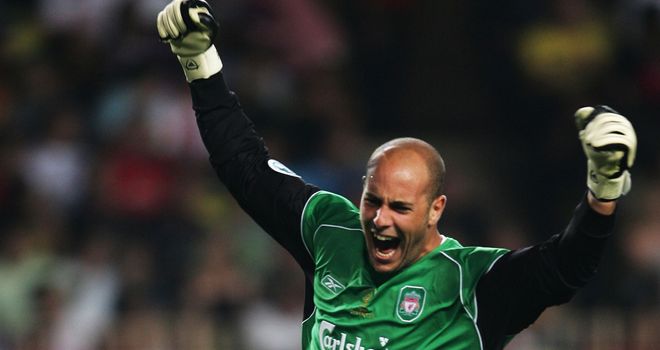 Reina won the European Super Cup with Liverpool in 2005

"It was probably the U16 European Championship with Spain. With a club, if you are not counting the Intertoto Cup I won with Villarreal, it was actually in the summer of 2005 when we won the European Super Cup against CSKA Moscow. Liverpool were European Champions from Istanbul and we won 3-1 against CSKA after extra time. That was my first trophy."

What was your first day at Aston Villa like? "We were rushing from the beginning. We were picked up in Manchester and then we came to see Manchester City game. I hadn't signed just yet so the first day would've been the day after that game. Then we were just looking for a house, looking for schools and looking for everything to make my family much more comfortable. I have to be honest, they've treated me spectacularly. They've given me all the facilities I've needed and a man only for us to settle us down and look for everything we've needed, and I'm very thankful for that. They've been brilliant."

How has the Premier League changed?

"It hasn't changed much to be honest. It's always been full of pace and rhythm-wise, it's a different level to the others, but it's nice to get back involved in this atmosphere with all the stadiums full. Reina left Liverpool permanently in the summer of 2014

"I'm looking forward to playing the remaining games because we play for a great target, which is to stay in the Premier League. It's a challenge I've never been through in the past because I've been lucky enough to play for different targets, but it's something I'm very excited about and I'm looking forward to staying up."

What was the first time you cried in professional football?

"It was probably when we were knocked out of the World Cup at U17 level in the first round after being European champions. We probably spent more time in the aircraft than in the tournament." 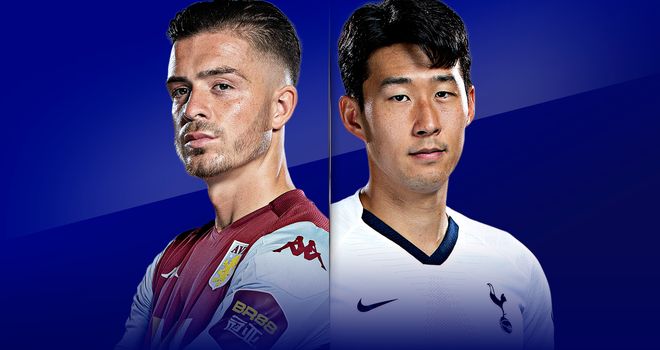 Aston Villa vs Tottenham is live on Super Sunday from 1pm; Kick-off 2pm. Sky Sports customers can watch in-game clips in the live match blog on the Sky Sports website and app.