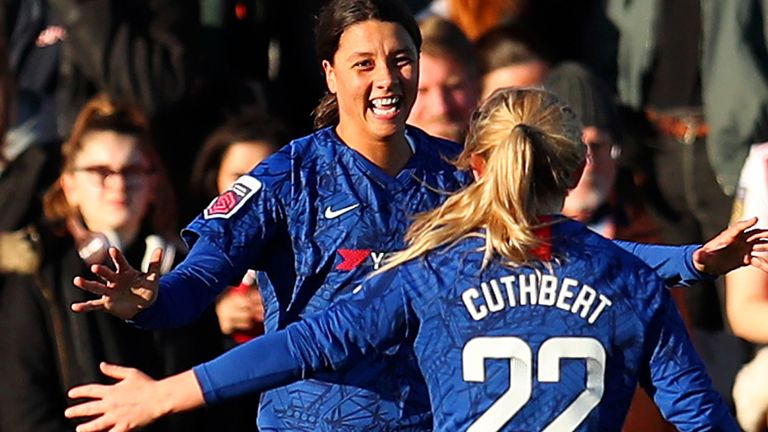 The WSL title race took another twist when Chelsea ran out 4-1 winners at Arsenal on Sunday.

Arsenal were top going into the weekend, but have since slipped behind Manchester City, who won 2-0 at Birmingham to move first on goal difference.

However, it is Chelsea whose destiny is in their own hands, with the 2017-18 winners now just one point behind City and Arsenal with a game in hand.

And after Australia international Sam Kerr opened her account for Chelsea, Smith believes Emma Hayes' side have the quality to reclaim the title from defending champions Arsenal.

"It was a huge top-of-the-table game between Arsenal and Chelsea," said Smith on Sky Sports News.

"The fact Arsenal were top, the only team they'd been beaten by was Chelsea earlier on in the season, they then got on a really good run of form, scoring so many goals and only conceding two at home before they played Chelsea - and then they were 3-0 down at half-time.

"Emma Hayes and her Chelsea side were absolutely brilliant, particularly in the first half. They really went after Arsenal. It was very unlike Arsenal, who were sloppy in possession, but credit to Chelsea for the way they went about it.

"Their big signing, Sam Kerr, lots of clubs wanted her. She scored her first goal and was excellent again along with Bethany England. They've got a really good strike partnership, and with a game in hand, you'd say they are certainly in with a shot of winning the league and taking it off Arsenal." 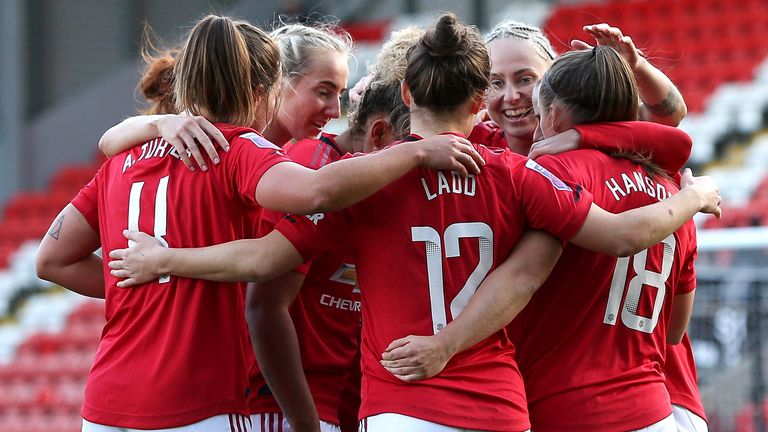 After 11 league games without a win, Liverpool lifted themselves off the bottom with a vital win over relegation rivals Bristol City.

"It changed at the top of the table and the bottom this weekend," said Smith. "Liverpool were rooted at the bottom and had to get a result against their nearest rivals.

"It was a really tough game, they had to defend and dig deep, and even saved a penalty, but they got the three points.

"You need a side like Liverpool in the Women's Super League, so hopefully this will kick-start their season now."

Currently fourth, Manchester United are 14 points behind third-placed Chelsea, but Smith believes the newly-promoted side are capable of challenging for honours next season.

"Casey Stoney (Man Utd head coach) has done an excellent job. She's brought in some players and kept a core from those who played in the Championship," said Smith.

"They've really been able to step up, and capable on their day of challenging the top three sides. But you just think, first season, if they can finish fourth it would be excellent for them, and next season they will look to kick on and start challenging for the league."