Mardle: "She seems to thrive on the big occasion, on the big stage. Not many people can do that." 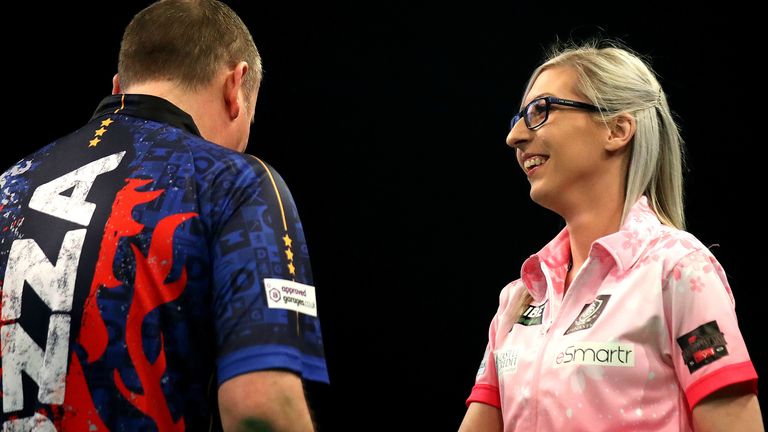 Fresh from her history-making exploits at the Alexandra Palace, the 25-year-old sensation took to the oche in Nottingham looking to blaze yet another trail and become the first challenger/contender to win a Premier League match.

For long periods, it looked like she was going to do just that. The usually-undeterred Duzza struggled on doubles, and Sherrock was thoroughly efficient when granted her opportunities.

Ultimately, she fell short of victory. But her stock still rises as the three-time BDO world champ had to dig deep to stage a late comeback to rescue a draw. 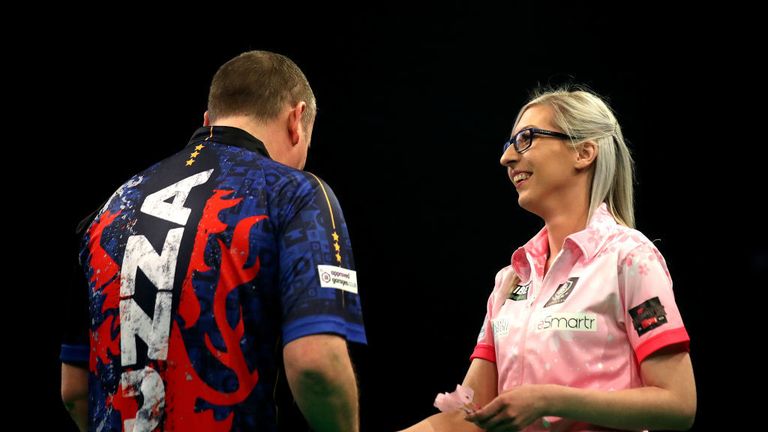 Wayne Mardle: 'She seems to thrive on the big occasion'

"You create your opportunities and you have to take them. Glen's doubling wasn't on-point and he got royally punished for it," said Mardle.

"Fallon took out finishes of 92 and 60, but what she did very very well was when she was on 204 or 205, she would leave a single dart or a two-dart combination. Then pop-pop, it was game shot!

"Ice was running through the veins. She's quite laid back anyway, so she's not going to get all excited and race to the board.

"She seems to thrive on the big occasion"

"What impresses me most about her, in the World Championship, great big games, she rose to the occasion every single time. OK, she got beaten in the end by Chris Dobey, but she still played well.

"She turned up again in Nottingham, and played well again. She seems to thrive on the big occasion, on the big stage. Not many people can do that. Especially when you're outside of your comfort zone. When you know you're playing someone better than you, you can hang in, and that's what she did tonight. So hats off.

"A lot of people were waiting for her to fail. They've got to wait a little bit longer now, and they're put back in their box!"

Laura Turner: 'Fallon's got all elements of the game'

"Glen gave her more opportunities than I thought he was going to when he missed those early doubles. But Fallon capitalised and she got a draw, almost a win," noted Turner.

"We saw it before. We saw it at the Worlds. We know she's got all elements of the game. But this is another different stage. It's massive. Huge crowd. So much media attention. So to come up here and actually perform at the level she did, hats off to her. 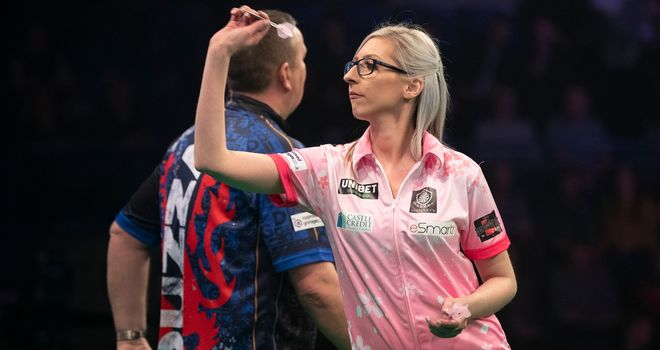 "The World Series are coming up, so I'm looking forward to seeing how she does on a more regular basis on a big stage. The UK Open, she's qualified for that outright, and that's just the competitions that she's got planned."

The remarkable story of Fallon Sherrock's emergence continues, and there's a sense in the air following Thursday night in Nottingham that it's not the last we've seen of the superstar on the Premier League stage.