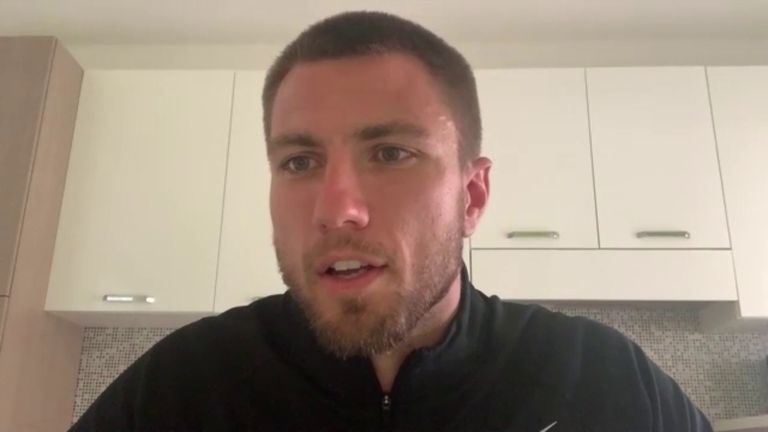 British hurdler hurdler Andrew Pozzi is keen for the International Olympic Committee (IOC) to review its Rule 50 ahead of next year's rescheduled Games in Tokyo.

The statute states that "no kind of demonstration or political, religious or racial propaganda is permitted in any Olympic sites, venues or other areas" - something the 60m indoor champion believes is preventing change for the good.

Pozzi, who recently made a winning return to competitive racing in Italy where he trains under the guidance of legendary Cuban coach Santiago Antunez, wants athletes to be able to use their platform in a similar way to that which footballers and other sportsmen have in recent months.

The Sky Sport Scholar said: "I believe athletes are working together to support not only each other, but society as a whole.

"There has been a spotlight on some really important issues of racism and injustice recently. These are not new issues, but ones that you could argue society has shied away from confronting for some time.

"Athletes have a huge platform and so many will have been affected by racism and the same matters of injustice as wider society. I believe Rule 50 inhibits an athlete's right to use their platform to positively contribute and represent their values in pursuit of progress for all.

"It's not to pressurise athletes to protest. However I believe that, when you've given 10, 15, 20 years in dedication to competing at the Olympic Games, it's your platform to use respectfully as you wish. We have seen other sports - football and F1 as examples - do this effectively and Olympic athletes should be afforded the same right.

"The IOC regularly use pictures of Tommie Smith and John Carlos' black power salute on the 200m podium at the 1968 Mexico Olympic Games as a symbol of the Olympic movement's power for unity and progression. I struggle to understand how the IOC can celebrate that whilst simultaneously wanting to prohibit an athlete's right to do the same 50 years later in response to the same struggles."

Pozzi also welcomed the recent formation of the Athletics Association by two-time Olympic triple jump champion Christian Taylor, with the remit to attain greater representation for the athletes over a number of issues such as competition scheduling and welfare.

"There are of course a number of stakeholders involved in the sport of athletics, of which the athlete is just one, but we play an important role and this should be reflected in the decision-making processes," Pozzi said.

"Athletes are not just machines that can be wheeled out for performances and entertainment but otherwise overlooked. Athletes share the same goals as governing bodies - to showcase and celebrate our sport at its finest. We merely wish to add our experiences and expertise with those of the administrators around us to better achieve this.

"There are so many changes going on in my sport right now and so many challenges to face. All adjustments around how the sport is broadcast - both in format and delivery - must be strongly considered to ensure that we offer an exciting experience whilst maintaining the sport's values and history.

"It's important to support and protect the rights of athletes in all disciplines during this process so that their events aren't pushed into extinction. I'm excited to see how the sport can flourish when using the experience and intellect of all its dedicated stakeholders."

While the last four months have curtailed competition on the track, Pozzi is eager for more races. He is next due on the track on August 1 in Trieste, Italy, in front of a limited crowd as the Italian Government relaxes coronavirus restrictions.

Pozzi is also hoping to line up against international competition at Diamond League meetings in Finland and Monaco next month.