Saul 'Canelo' Alvarez: Callum Smith and Billy Joe Saunders could be forced to forget a fight against Mexican star this year

The British super-middleweight duo had been earmarked as the two most attractive options for the Mexican star's next fight, but recent media reports have suggested that Canelo might not even return in 2020.

WBO champion Saunders flew out to America to begin training for an expected clash with Canelo earlier this year, although he has now conceded that the fight is unlikely to happen and has called out WBA title holder Smith, or WBO middleweight champion Demetrius Andrade.

Looks like the big one won’t be happening Alvarez but still @BooBooAndrade or Callum Smith should be made for November @DAZN_USA @matchroomsport ...@EddieHearn get them made 🤛🏻

"Looks like the big one won't be happening Alvarez but still @BooBooAndrade or Callum Smith should be made for November," he tweeted.

Trainer Joe Gallagher insists Smith's next bout must be decided soon as the Liverpudlian has been inactive since a points win over John Ryder last November.

But Gallagher has questioned whether the finances would be available to stage a big domestic clash with Saunders.

He told Sky Sports: "Billy Joe and Callum Smith, I don't think there's enough money to generate what both would want for that when you look at what Billy Joe wanted, $8m for Canelo.

"Callum doesn't want that much, but similar, a little bit lower.

"I think both of them to fight each other, they'd be wanting four or five million each, and no matter what Callum Smith wants, Billy Joe would want more. I just don't think there's the money in that fight here in the UK as a headline event. 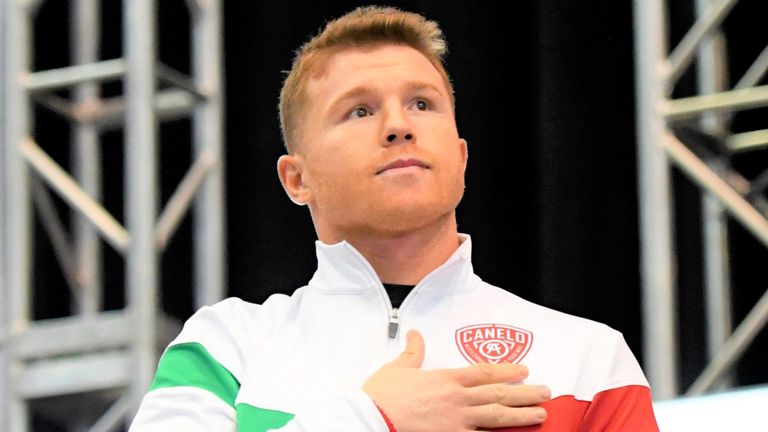 "Billy Joe didn't perform well in his last fight out. I think he needs to get a good win and Callum Smith, a good win or another belt, and build up that fight then for the summer next year.

Smith had hoped to add the vacant WBC super-middleweight title, but the governing body surprisingly ordered Avni Yildirim to face Canelo, in a fight that is unlikely to happen, and the Liverpudlian could instead target IBF champion Caleb Plant.

"Callum Smith, he just wants to fight," said Gallagher. "He obviously wants the Canelo fight, if not, he wants the Caleb Plant fight. They are the two that he's marked. He's disappointed that he didn't get the WBC.

"I wanted Callum Smith out in October. I want him out in November. There is a cut off point. There are fights there, and Caleb Plant is a very good fight for him."