Canelo was expected to put his WBC, WBA and WBO super-middleweight belts at stake against IBF title holder Plant, but ESPN confirmed that the rival champions were unable to agree terms for a fight in September.

The four-weight world king could instead step back up to light-heavyweight to fight Russian Bivol, the unbeaten WBA champion.

Andrey Ryabinskiy, President of World of Boxing, who promote Bivol, told Sky Sports. "The fight has been mentioned to us, but we have not finalised any type of agreement.

"We would be interested in the fight within adequate timelines, it's a great test for Dmitry." 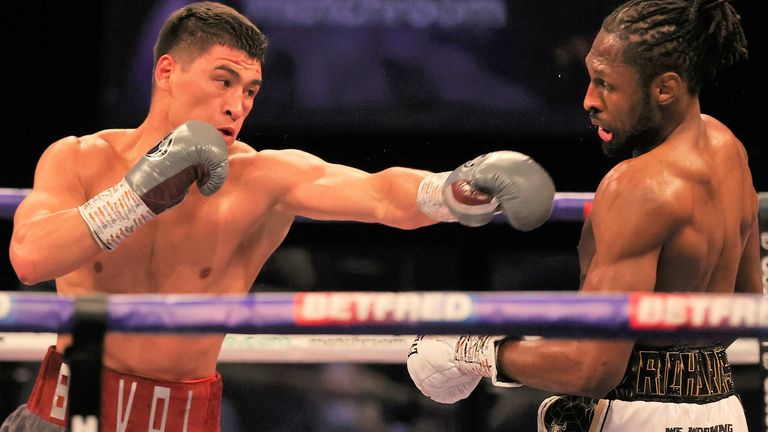 Bivol's last bout was in Britain as he successfully retained his WBA belt with a unanimous decision victory over Craig Richards in May.

Canelo has only fought once in the 175lb division when he ripped the WBO title from Sergey Kovalev with an 11th round stoppage win in 2019.

The pound-for-pound star most recently halted Billy Joe Saunders in their unification clash in Texas in May.