Vitali Klitschko is confident that his brother Wladimir will avenge his points loss to Tyson Fury in their heavyweight world title rematch.

The younger Klitschko suffered his first defeat in over 11 years to Fury, who ripped away the WBA, IBF and WBO titles by unanimous decision in Dusseldorf in November.

Fury has since been stripped of his IBF belt but Vitali firmly believes Wladimir will regain the other titles and the No 1 spot in the division when they meet again, possibly in April or May.

Vitali told boxingscene.com: "I spoke to him honestly and I told him - 'you know brother, you have proved everything to everyone. You have two options: the first - to say that you were the strongest, achieved what no one was able to achieve in the sport, and thank everyone. 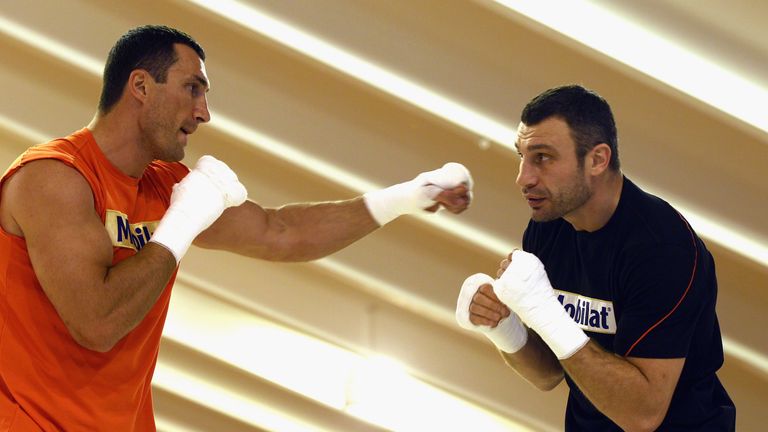 He has a very good chance, and I am confident that Wladimir will make good use of this opportunity.

"Or the second option -  I'm not going to leave; I will come back and show everyone that it was a pure accident.' Wladimir chose the second way. He has a very good chance, and I am confident that Wladimir will make good use of this opportunity."

During a cagey 12-round clash, Klitschko was restricted to just 52 punches, and two judges awarded the fight to Fury by three rounds, while a third gave him the win by four rounds.

Vitali, a former WBC heavyweight champion himself, was surprised by his sibling's hesitant performance, although he stopped short of praising Fury and put it down as an off-day for 39-year-old Wladimir.

"I do not know of any athlete in boxing who has better technique than Wladimir, who has a better display of power, a better jab," said Vitali.

"Frankly, I was very surprised with Wladimir's loss, because I didn't believe Tyson Fury was the kind of athlete who could provide a lot of resistance against Wladimir.

"But there are days when the speed is not present, and there is no power. And I told him...'Wladimir, what happened to you? I didn't recognize you.' That was probably not his day."

Things we learned from Klitschko vs Fury