Amir Khan appears to have shelved plans to fight Kell Brook after confirming he wants to face the winner of this weekend's Danny Garcia-Robert Guerrero clash.

Khan (31-3-KO19) had looked set to bring his long-running feud with fellow Briton Brook (35-0-KO24) to a climax in late spring but is instead aiming to pursue his position as mandatory challenger for the WBC welterweight title.

Americans Garcia (31-0-KO18) and Guerrero (33-3-1-KO18) will face off for the vacant belt in Los Angeles on Saturday and Khan is hoping Garcia emerges victorious so he can regain world champion status and avenge a 2012 stoppage defeat in the process.

Khan said on social media: "Opponent wise we don't know any names, we're looking at a few at the moment.

"I've got a few options. Danny Garcia is fighting for the WBC title. Even though I'm the No 1 [ranked], he's got the opportunity to fight for it, him being the No 2. 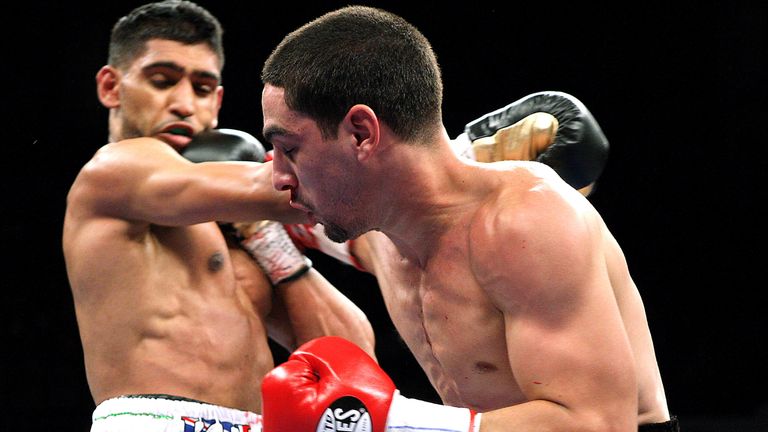 I think I'll get my chance to win that title against him and have that rematch which I've been looking forward to for a long, long time.

"I think I'll get my chance to win that title against him and have that rematch which I've been looking forward to for a long, long time.

"I'd quite like that to happen this summer. If he wins that is, I'll beat the winner of Guerrero-Garcia."

Khan fought just once in 2015 - winning a unanimous decision over Chris Algieri in May - as he chased fights with Floyd Mayweather and Manny Pacquiao that failed to materialise.

IBF champion Brook faces his own mandatory challenger in Kevin Bizier (25-2-KO17) this spring and is determined to arrange a huge fight for the summer, regardless of Khan's decision.

Brook told Sky Sports: "If he dislikes me that much, then he's got the chance to punch me in the face this summer. If he fights Garcia, then good luck to him. I'll be fighting a big name in the summer."