A rejuvenated Tyson Fury is relishing the task of retaining his world heavyweight titles when he takes on Wladimir Klitschko on July 9.

The WBA Super and WBO champion (25-0-KO18) has frequently cast doubt over his future in the sport but is enjoying himself again after beginning preparations to face the experienced Ukrainian (64-4-KO53) in the Manchester Arena.

Fury told Sky Sports: "My desire is back. I've got that fire back in me. It's not the desire to go and win belts, but it's a desire to keep them. They are mine. I won them. 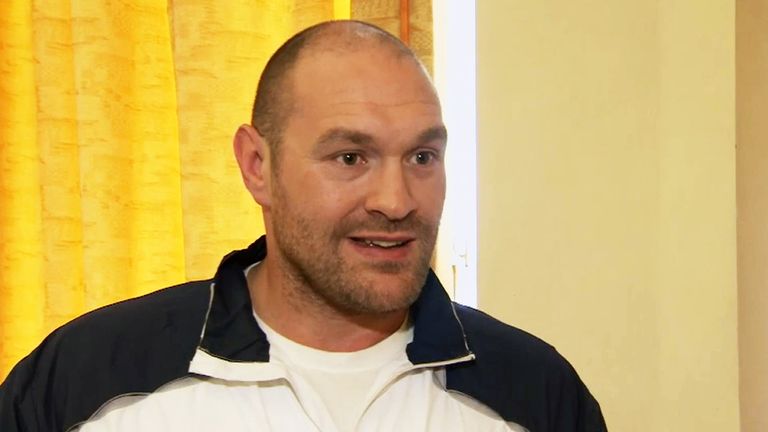 I don't bother with pressure - it's nothing. I've got one foot in the pressure cooker, the other one in the frying pan.

"I am an established champion, I am the No 1 in the division and as far as I am concerned, I've got all the belts I won because I didn't lose them. Did anyone beat me for the IBF? I am still the IBF champion no matter what paper says, I never lost that belt in the ring."

Opinion is divided as to whether Fury can repeat the trick he performed in Dusseldorf, where he became the first man to beat Klitschko for more than 11 years with a clinical performance.

But Fury, 27, is unfazed by the added expectation, and added: "All the pressure's on me but you know me, I don't bother with pressure - it's nothing. I've got one foot in the pressure cooker, the other one in the frying pan.

"A little bit of boxing pressure is nothing to me. I will be walking out to 20,000 people cheering me and I've already been in a big 30-40,000 venue before out in Germany, so big arenas and big things are what I was born to do.

"It's like I've said before; I've been training hard. I can't train any harder but I can train just as hard and I am just as hungry because I want to keep those belts.

"I've got to work as hard as I've ever done and I have to put as much dedication, determination and desire into it."

Fury was stripped of the IBF title for agreeing to a rematch with Klitschko and that title has since been claimed by his domestic rival Anthony Joshua, who has engaged the Lancastrian in social media sparring at several junctures.