The unbeaten 27-year-old will make the second defence of his IBF title against Molina, who stopped former world champion Tomasz Adamek in his last fight in April.

Joshua is preparing for a new opponent after plans for a world title fight with Wladimir Klitschko were pushed back to next year, and is full of respect for Molina after the 34-year-old hurt Deontay Wilder in a dramatic defeat to the WBC champion last year.

On a huge undercard, Dillian Whyte defends his British heavyweight title against bitter London rival Dereck Chisora in an official eliminator for the WBC title.

Whyte, who claimed the Lonsdale belt with last month's stoppage win over Ian Lewison, can finally settle his ongoing feud with Chisora after a lengthy war of words. "I am pleased that everything is now set for December 10 and I can concentrate on getting the business done in the ring," said Joshua. "There has been plenty of talk about who I may face but all I'm doing is concentrating on finishing Molina in style and putting on a great show.

"Every fight is dangerous in this division and this is no exception. I saw Molina have a great fight with Wilder and he is now coming off a strong KO win against Adamek in Poland. 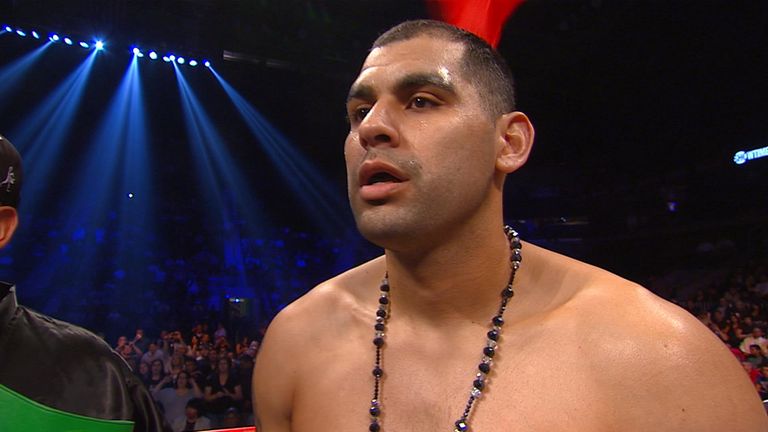 There is no heavyweight in the world that has bounced back like I have. That’s the man that Joshua faces on December 10 and that man is a very dangerous one

"I'm expecting this to be the toughest fight of my career so far and I will be ready for an all-out war."

Molina has 19 stoppages in 25 wins, with just three defeats, and is confident he can pull off a stunning upset win in front of Joshua's fans.

"There is no heavyweight in the world that has bounced back like I have," said Molina. "That's the man that Joshua faces on December 10 and that man is a very dangerous one.

Scott Quigg also returns to action at featherweight after recovering from the broken jaw he suffered while losing on points to Carl Frampton in their world title unification clash in February.

Kal Yafai will challenge Luis Concepcion for the WBA super-flyweight title and Irish amateur sensation Katie Taylor is expected to box for the second time as a professional.

Unbeaten heavyweight Luis Ortiz is also scheduled to fight in Europe for the second time after his upcoming clash with Malik Scott in Monte Carlo on November 12, and Hosea Burton will defend his British light-heavyweight title against Frank Buglioni.