The British heavyweight champion will battle Chisora on the undercard of Anthony Joshua's IBF title defence against Eric Molina at the Manchester Arena, live on Sky Sports Box Office.

Whyte has traded insults with 'Del Boy' on social media for months and fellow heavyweight Allen is expecting a hard-fought contest when they finally settle their feud.

Back in July, Allen extended Whyte into the 10th round before losing on points, and he believes 'The Body Snatcher' could claim a satisfying stoppage win over his London rival.

"They are both characters to say the least," Allen told Sky Sports. "It's already heating up a bit on social media and I think it will be a cracking fight as well.

"Chisora is mentally very tough and is on his way down, while Dillian is making his way to the top. I'm intrigued because I boxed Dillian before and I think it's a good fight.

"It's a step-up for Dillian. It's quite a step-up from me and Ian Lewison, who have only been at domestic level. I personally think Dillian will target Dereck's body and possibly get him out of there - maybe in the ninth or 10th round.

"I would edge towards Dillian. As a boxing fan, I want to see Dillian win, because he's the one that I believe can go onto bigger things, world title fights and whatever else."

David Price was named alongside Molina on a shortlist of possible opponents for Joshua, but is still searching for his next fight and Allen would happily trade punches with the Liverpudlian.

The Doncaster man was far from impressed by Price's one-sided stoppage win over Ivica Perkovic in October and vowed to dish out a crushing setback to the 33-year-old's career.

"The fellow looked about 75 years old. It was pretty embarrassing, to be fair," said Allen, who briefly held talks about facing Price in October. 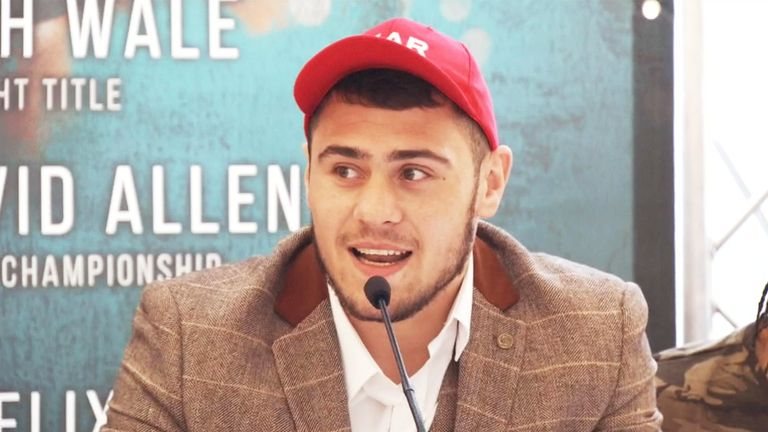 I would knock him spark out in about six or seven rounds. I have said for about a year now that I would take his chin off spectacularly.

"David Price is always a fight that I would want and he's the biggest name out there that I could fight.

"I would knock him spark out in about six or seven rounds. I have said for about a year now that I would take his chin off spectacularly.

"I would make the Erkan Teper knockout look PG-rated. I have been offered a few other fights, but said no in the hope the Price fight would happen on the Joshua card, but that doesn't look to be the case now. It's just a case of waiting and seeing."