Eric Molina has dismissed Anthony Joshua's hopes of an 'easy' night and wants no excuses from the IBF champion after ripping away his title.

IBF champion Joshua will face Molina at the Manchester Arena on December 10, live on Sky Sports Box Office, and has angered the challenger by suggesting he wants to make his second title defence 'look easy.'

The American is not intimidated by Joshua's unbeaten record of 17 straight knockouts and plans to dish out a painful lesson if the Londoner has taken him lightly.

"If he thinks he's going to have an easy night, that's even better for me, but I know it's going to be anything but that," Molina exclusively told Sky Sports. 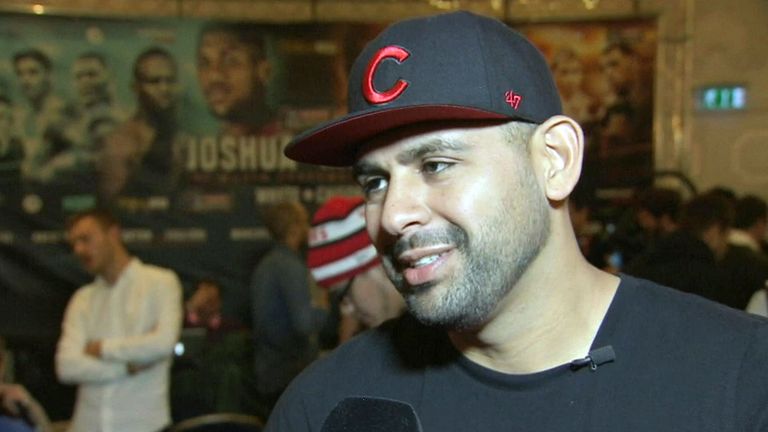 If he slips up one bit, it's going to be a long night for him. In his mind, he's got to stay confident, but it's not going to be an easy night.

"If he slips up one bit, it's going to be a long night for him. In his mind, he's got to stay confident, but it's not going to be an easy night. As much as he's hoping for it, it ain't going to be that.

Plans are in place for Joshua to fight Wladimir Klitschko next spring and the Ukrainian is expected to be watching his possible opponent from ringside.

Molina insists he does not want Joshua to be distracted by the presence of Klitschko as the 'Drummer Boy' hopes to receive the credit he deserves for a stunning upset victory.

"I'm coming in with everything I've got. I hope he's taking me serious, because I don't want to hear any excuses after the fight.

"To be quite honest, I don't think much of Klitschko, he's had his time. I think his time has passed him by and I think the fight with me will be tougher than what the Klitschko fight is going to be."