Martin Murray knows that his aspirations for a fifth world title challenge rest with beating Gabriel Rosado on Saturday.

The veteran middleweights collide in Liverpool, live on Sky Sports 1 HD, and two-time world title challenger Rosado has described the fight as "all or nothing". 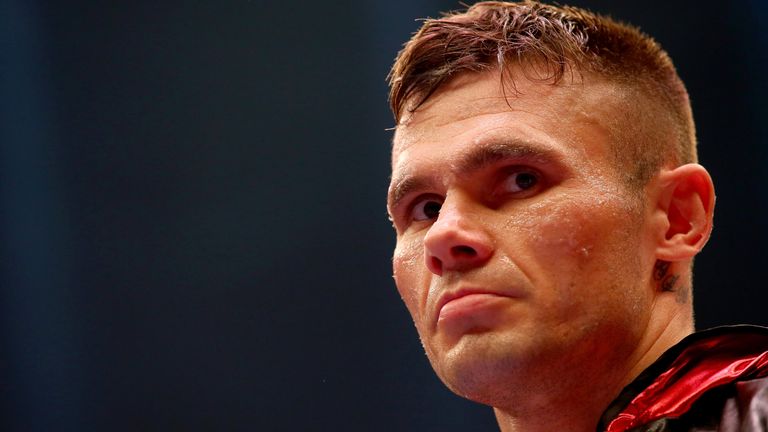 I feel like I'm better than two of the world champions [Rosado] has fought, David Lemieux and Peter Quillin.

"No disrespect, but if I can't beat Rosado then my dreams of winning a world title are over. He's been beaten by all the top boys. He gives it a good go, he puts it all on the line, but he's fallen short."

Middleweight king Gennady Golovkin has beaten both of this weekend's headliners, while Murray has also lost world title challenges against Sergio Martinez and Arthur Abraham. His came closest with his first attempt at the top prize, a 2011 draw with Felix Sturm.

"I feel like I'm better than two of the world champions [Rosado] has fought, David Lemieux and Peter Quillin," Murray said.

"I'm a better fighter than them so if I can't get the same results as them, then my chances of winning a world title are over.

Believe me when I say next weekend has the potential to be one of the fights of the year! @MartinMurrayBox Vs @KingGabRosado will be a #WAR

"All or nothing? There will always be fights there, but in terms of winning a world title, if I lose on Saturday they're over."

Watch Martin Murray's middleweight clash with Gabriel Rosado at the top of an exciting bill in Liverpool this Saturday night, starting at 7.30pm on Sky Sports 1.