Kell Brook continued through injury - exploring why boxers do not quit

"I would not go through that again. You lose a piece of yourself in every fight."

The men with one eye each tell the same harrowing story. It is a story of bravery followed by fear, which typifies boxing, but is something that can only be described by the unfortunate few who have fought half-blinded...

The worst accusation you can throw at a fighter, more damaging than any punch, is labelling them a 'quitter', so the fear of this indignation can lead the likes of Kell Brook to persevere through horrific facial injuries.

Brook became the latest world champion to suffer a broken orbital bone, rendering his left eye useless and forcing him to question whether to quit against Errol Spence Jr. He had previously refused to stop against Gennady Golovkin after an identical injury, but the second time around, he slumped onto a knee after continuing for several rounds. It brought back uncomfortable memories for those who understand his turmoil.

"I'll be honest - I could not have done that a second time," said Paulie Malignaggi, remembering his broken eye socket against Miguel Cotto 11 years ago. Malignaggi did not quit, and emerged a hero with one eye despite losing via decision, but concedes he was never the same.

"When you're young and you haven't accomplished anything, there's more fire there," Malignaggi said. "When you're older you think about these things more and more. You think about family, your life, and it puts things in perspective.

"I do not see myself going through the same thing again in the same way. I could easily say, because I did it once, that I'd do it again but I'm telling you the opposite. I don't need to lie, and I would not go through that again. You lose a piece of yourself in every fight. 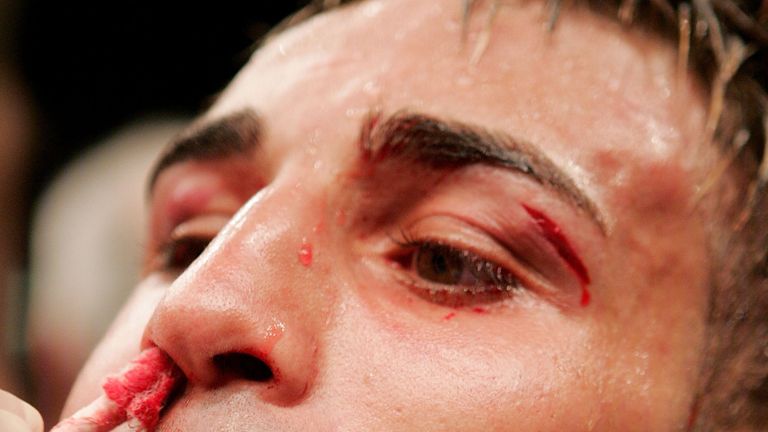 I do not see myself going through the same thing again in the same way. I could easily say, because I did it once, that I'd do it again but I'm telling you the opposite.

"People use the word 'quit' against fighters too easily. Luis Collazo didn't come out of the corner against Keith Thurman and he took a bunch of criticism for saying he wanted to live to fight another day. Now Collazo is back in the big-time so who was right? Kell Brook has earned the right to live to fight another day, or to say he doesn't want to take damage for the rest of his life.

"He didn't quit. He fought in the ninth and 10th round, got up and tried to fight back. He couldn't deter Spence Jr, then realised he was damaged and could not take more shots. He couldn't defend himself because he was exhausted and knew things could get very, very bad. He broke a bone, and risked losing his eyesight. It was on Kell's mind when he felt the injury again and that didn't help his cause."

Watch every match from the British & Irish Lions tour of New Zealand only on Sky Sports. Get Sky Sports today!

The implication is that physical damage cannot deter fighters like Brook, but mental scars are more difficult to budge. Indeed it is an assertion vindicated by Brook himself, less than 24 hours after his second eye injury.

Malignaggi sighs, and knows the feeling. "That's what happens," he said. "If you remember Kell against Golovkin, his instinct was to keep fighting. But when you're familiar with the injury, the damage and the healing process, these things play on your mind." 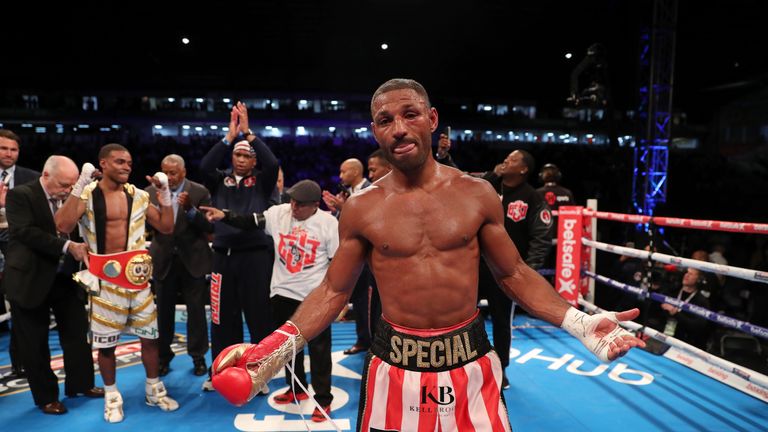 When you're familiar with the injury, the damage and the healing process, these things play on your mind.

Joe Frazier might be the most notorious sufferer of a brutal eye injury, sustained in the 'Thrilla in Manila', his 42nd round across three fights with Muhammad Ali. In more recent times, gruesome eye injuries have afflicted Kevin Mitchell and Gabriel Rosado, among others.

"It's a weird injury - you feel the nerves in your face, like 'pins and needles'," explained Malignaggi. "You feel swelling. I remember that feeling so when I saw Kell rubbing his face against Golovkin, he was reacting in that way. Your instinct is to touch your face, but the feeling doesn't go away."

Mitchell, the Londoner, did not actually break the bone protecting his eye but a terrible cut and swelling was more grotesque to the naked eye. And, of course, Mitchell did not quit against Jorge Linares two years ago although the referee eventually saved him from his own toughness.

"It's the only fight I've ever been in that I lost but felt I'd won", Mitchell said. "I was ahead on the scorecards, knew I was winning and felt I had him sussed. But for that cut, I would have been world champion."

Mitchell only boxed once more after his injury, and Mexican veteran Antonio Margarito was also nudged closer to retirement after complications to his broken eye socket. Margarito heard the final bell against Manny Pacquiao in 2010 with blue and purple bruising shielding his eye, an injury that developed into cataracts and blurry vision.

Margarito tells a similar story to Brook, telling Fox: "I never thought it was going to be a career-threatening injury until I was told in the hospital I had to have surgery."

The severity of his injury meant Margarito struggled to get a license to box again but, when he returned against Miguel Cotto, his eye socket was broken again inside four rounds and he couldn't muster the same willpower as against Pacquiao.

The recurring theme is of fighters whose careers tumbled downhill after a broken eye socket yet Malignaggi is the exception, and he believes Brook can also avoid deterioration.

"I won a world championship aged 31 but that didn't mean I was willing to jump into a fire like I did when I was 25," explained Malignaggi, who fought 22 more times and won four world titles after recovering. 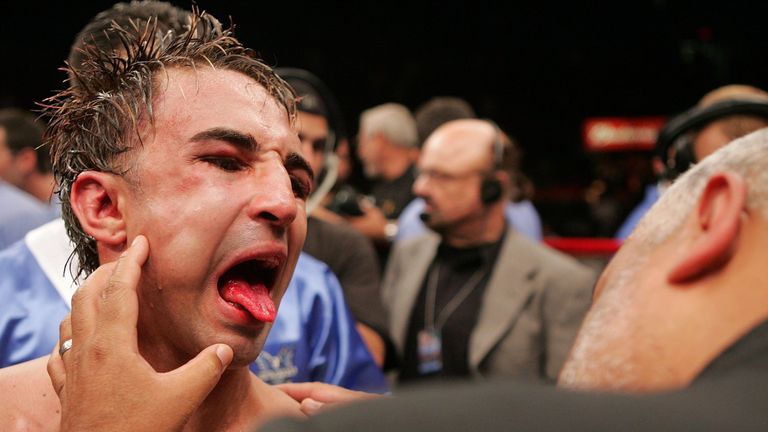 I won a world championship aged 31 but that didn't mean I was willing to jump into a fire like I did when I was 25.

There is plenty for Brook to be optimistic about if his second surgery spawns an even stronger bone, as it did the first time around according to his trainer Dominic Ingle. A switch to light-middleweight means fresh, exciting challenges but the sinister undertones of such a serious injury cannot be ignored amid accusations of 'quitting'.

"People don't know what Brook is going through with his recovery," Malignaggi warned. "Everybody goes about their normal days, but Brook will not be having a normal day because he's recovering from a difficult injury. For a fighter, it does not end on fight night."

There is a treacherous road to recuperation ahead of Brook, but don't bet on him quitting.