Bernard Hopkins says he is "rooting" for Adrien Broner ahead of the 27-year-old's upcoming fight against Mikey Garcia on July 29.

'The Problem' will come face-to-face with the unbeaten Californian at the Barclays Center in New York, live on Sky Sports, in a super-lightweight showdown and Hopkins believes the former four-weight world champion has the ability to win on the night.

"Garcia is a beast and he has all of the talent in the world, but I'm just rooting for Broner for more of a comeback kid, an underdog," Hopkins said to boxingscene.com. 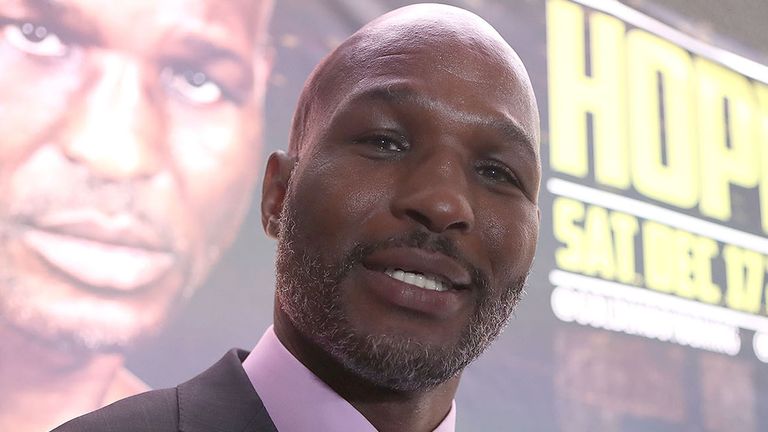 I'm really rooting for Broner and it's not a sympathy rooting - it's because I know that he has the tools to do it.

"I think this is his chance to do it or shut it down.

"To be taken seriously, Broner is going to have to really do something to Garcia and he has the tools to do it."

Garcia is regarded as one of the best pound-for-pound fighters in the world and emphatically knocked out Dejan Zlaticanin in January to claim the WBC lightweight title and become a three-weight king.

But Hopkins feels Broner can cause an upset if he shows the same hunger and discipline as his former years in training and application on fight night.

"I just feel like Broner has a lot more than people see in him. We saw it earlier in his career," he said.

"When he gets his mind together and he realises that he's here for a purpose, and uses his boxing, we are going to see the Broner that we saw early in the pro ranks when he started being that prospect.

"I'm really rooting for him and it's not a sympathy rooting - it's because I know that he has the tools to do it."