Broner vs Garcia: The Panel discuss whether Mikey Garcia could be America’s next Golden Boy

Ahead of Mikey Garcia's super-lightweight showdown with Adrien Broner, our panel of experts discuss whether the Californian can become the next Golden Boy stateside...

He is not quite there yet because he is yet to have a defining fight, but if he does beat Broner - and in style - it will propel him towards the top. Mikey needs that huge fight against another pound-for-pound star.

Garcia: Win and I want Linares

Garcia says he will go back down to lightweight for a unification fight with Jorge Linares once he's dealt with Adrien Broner.

He ticks all the boxes, like Oscar de la Hoya he is media friendly, polite and always looks good so he could be. There is no point just looking the part, he needs more than that. Oscar had all that, plus millions in the bank, but he could also have a scrap. 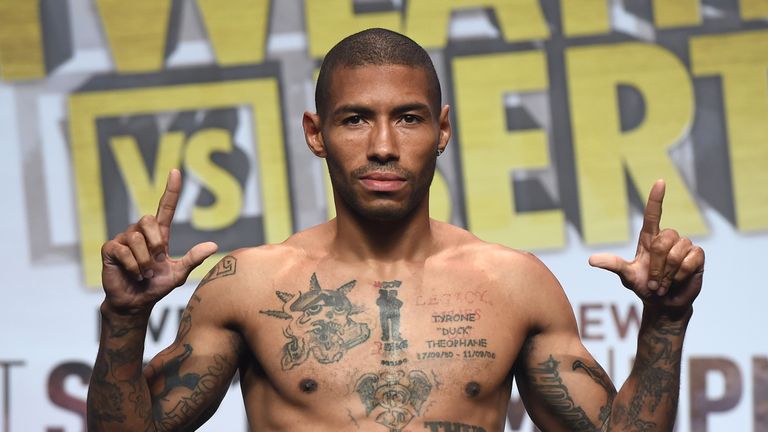 You need a team behind you that is getting you out to the masses. It's a different life being a top boxer to being a crossover star.

Mikey has a chance but you have to be promoted the right way and be able to cross over to that other level. He ticks all the boxes and is a nice guy.

You need a team behind you that is getting you out to the masses. It's a different life being a top boxer to being a crossover star.

Garcia: Broner will bring out the best in me

Garcia could have it and it's a similar situation with guys like Terence Crawford. It took Floyd Mayweather a while and one fight can change your career and you could sky rocket. It could happen with Crawford and Garcia, a lot of things take it to make it, not just boxing.

I don't think he can fill the boots of De La Hoya, I would compare him more to someone like Fernando Vargas; he will be in big, exciting fights and will get a few losses on the way.

De La Hoya was the poster boy of American boxing for over a decade, Take away Mayweather and he is the biggest selling American star of all time, so they are very hard shoes to fill. Garcia won't be that big, but will be in-between the level of De La Hoya and Vargas.

Difficult to get to that highest possible level this late on in his career, his time out didn't help and he lost momentum, but he has come back with a bang and had some top wins.

Whether it's the right move to go up to light-welter I'm not sure, I know it went well in one fight, but against Broner who is big at the weight it will be tough going. 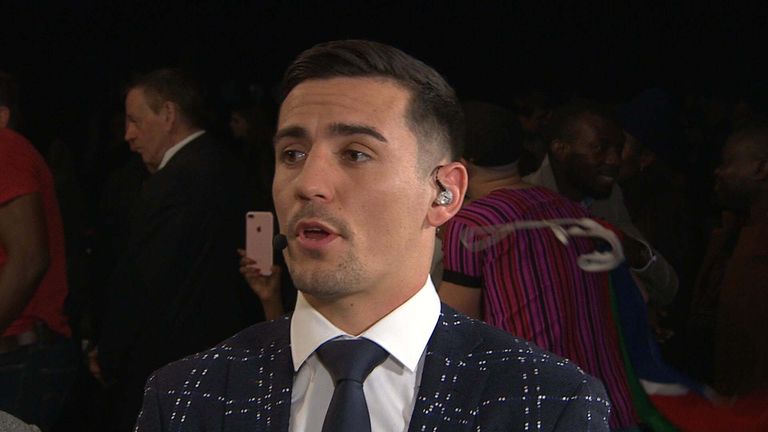 Talent-wise, he can be great and is potentially a four-weight world champion. If he does that, straight away he is in a special bracket and can become a huge star.

Terence Crawford and Andre Ward are up there as the best stateside and you have to throw Garcia up there in that company. He's had that time out and it's a massive shame, he might already be up there if not for contract/promotional problems.

Talent-wise, he can be great and is a three-weight world champ, potentially a four-weight world champion in the near future. If he does that, straight away he is in a special bracket and with those contract problems behind him, I see no reason why he can't become a huge star.

Mikey has done very well. He has great experience and a big amateur pedigree, but unfortunately he had two years of inactivity. Now though, he's back on the circuit and doing everything right.

I guess he could be the new age Golden Boy and he is a terrific person as well.

I'm not sure about that and you only get those questions asked by doing so well. He's a world champion in three different weight classes, so he's a very special fighter.

That's only one of my dreams to be that. I'm on that journey now to do something like that. He's a very talented guy and he might be more successful than Oscar De La Hoya was.

No-one is like Oscar de la Hoya but he is exciting to watch, he's won world titles at three weights, is a nice kid, clean-cut and the American boxing fans like him.

Oscar was 20-odd-years-old, a good-looking boy who won the Olympic gold, he had that huge launchpad and kicked on from there. Garcia hasn't had that. There is a lot more to come from him, but I can't see anyone replace De La Hoya.

Watch Broner vs Garcia live from the Barclays Center, Brooklyn, from 1am, Sunday, July 30, on Sky Sports Action (Ch407).